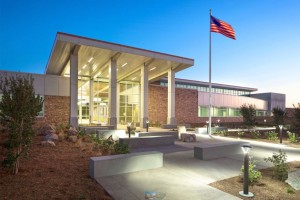 SANTEE (KUSI) – About 200 male inmates who tested positive for COVID-19 were being transferred to the women’s jail in Santee, the San Diego County Sheriff’s Department said Saturday.

“With COVID-19 cases on the rise across the nation, San Diego County jails are also seeing a spike in the number of positive cases among incarcerated individuals,” sheriff’s officials said. “Over the past few days, more than 350 people in custody have tested positive for COVID-19 at our detention facilities.”

The inmates were being temporarily transferred to the Las Colinas Detention and Reentry Facility, officials said.

“These inmates will be quarantined in a currently empty housing unit at Las Colinas, which is the county’s only women’s jail,” the sheriff’s department said. “Additional deputies and staff will be sent to Las Colinas to handle the increased population at the facility.”

The Sheriff’s Department said the city of Santee was notified about the transfers.

“None of the male inmates being temporarily housed at the Las Colinas Detention and Reentry Facility will be released into the Santee community,” sheriff’s officials said. “We want to reassure the citizens of Santee these individuals will be properly secured within the facility.”

The change in housing will remain in effect until the number of positive COVID-19 tests decline in county jails. At that time, all male inmates will return to their previously assigned facility.