Crews give up hope of finding survivors at collapse site 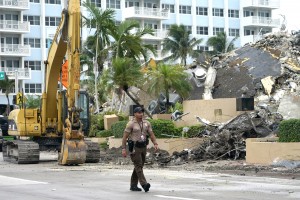 SURFSIDE, Fla. (AP) — Emergency workers are giving up on any hope of finding survivors in a collapsed Florida condo building.

Authorities told sobbing families Wednesday that there was “no chance of life” in the rubble.

They planned to shift their efforts to recovering more remains.

The announcement followed increasingly somber reports from emergency officials, who said they sought to prepare families for the worst.

Eight more bodies were recovered, bringing the death toll to 54, with 86 people unaccounted for.