Woodley’s appointment is effective immediately, according to the DA’s office. 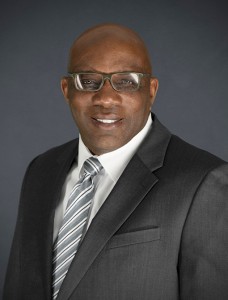 “In every leadership position Dwain has held for the past 12 years in the DA’s office, he has demonstrated exceptional judgment and outstanding management skills,” District Attorney Summer Stephan said.

“Dwain treats everyone with dignity and respect, giving a voice to the entire team and to the people of San Diego County. His leadership focuses on internal accountability and community-based partnerships. He has worked tirelessly to deliver fair and equal justice, support victims of crime, build trust with the public and develop direct access to our office for all the diverse communities we serve,” she said. “I look forward to working with Assistant DA Dwain Woodley to continue to build a model prosecutor’s office that balances public safety and responsible criminal justice reform.”

Woodley served in the U.S. Navy’s Judge Advocate General’s Corps from 1989 to 1995 as both a prosecutor and defense counsel, then later as a staff attorney for Office of General Counsel at the National Security Agency.

Stephan said Woodley “has been instrumental in further developing our office as one that reflects the diversity of the community we serve by striving to recruit and retain the most talented, diverse and inclusive workforce in order to improve our pursuit of a fair and equal justice for all.”

Bernie Wilson on writing about Joe Musgrove's no hitter

What local churches have learned from the pandemic

What local churches have learned from the pandemic

For Muslims, the first night of Ramadan begins at sundown today

Thousands of students return to in-person learning in various districts