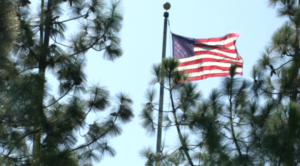 SAN DIEGO (KUSI) –  A spring storm was predicted to bring damaging winds to the San Diego County mountains and deserts Sunday, which could blow down trees and power lines, with outages possible, the National Weather Service said.

A high wind warning is in effect until 2 a.m. Monday. Travel may be difficult, especially for high-profile vehicles, due to possible blowing sand in the desert and strong crosswinds.

A beach hazards statement was issued through Sunday evening for coastal areas with elevated surf of 4 to 8 feet and a high risk of rip currents, which could create dangerous swimming conditions.

A small craft advisory was issued until 3 p.m. Sunday and again from 5 a.m. Monday to 10 p.m. Wednesday with northwest winds 15 to 20 knots and gusts up to 25 knots expected.

Cool and windy weather was predicted to continue through Wednesday as another low pressure area drops south over California. The weather could change noticeably during the latter half of the week as high pressure rebuilds over the Southwest.

Forecasters expect hot days to return inland by next weekend.

Strong west-northwest winds are expected today into early Monday. A High Wind Warning has been issued for the mountains and deserts. A Gale Warning goes into effect for the outer coastal waters later this afternoon. Hazardous travel and blowing dust are the main concerns. #cawx pic.twitter.com/I3923MMOmn