Republican candidates Darrell Issa, Carl DeMaio, and Brian Jones are running against each other and Democrat candidate Ammar Campa-Najjar. The two candidates who receive the most votes will face off once again in the November election.

Issa and DeMaio have been criticizing each other for their past policies and both claiming the other will be against the President Trump’s policies.

Issa’s ads tell voters that Demaio is a “Never Trumper” who has called Trump “a disgusting pig,” and “rude, crude and unattractive.”

Issa is also distancing himself when it comes to immigration and being strong on the border. Issa is against sanctuary policies and will work to keep the San Diego community safe with strong border enforcement, and supports building the wall. Issa says that DeMaio, on the other hand, supports sanctuary cities, something the voters in the 50th Congressional District don’t support.

Darrell Issa stopped by the KUSI News studio on Super Tuesday to speak to San Diegans one last time before they head out to the polls to vote. 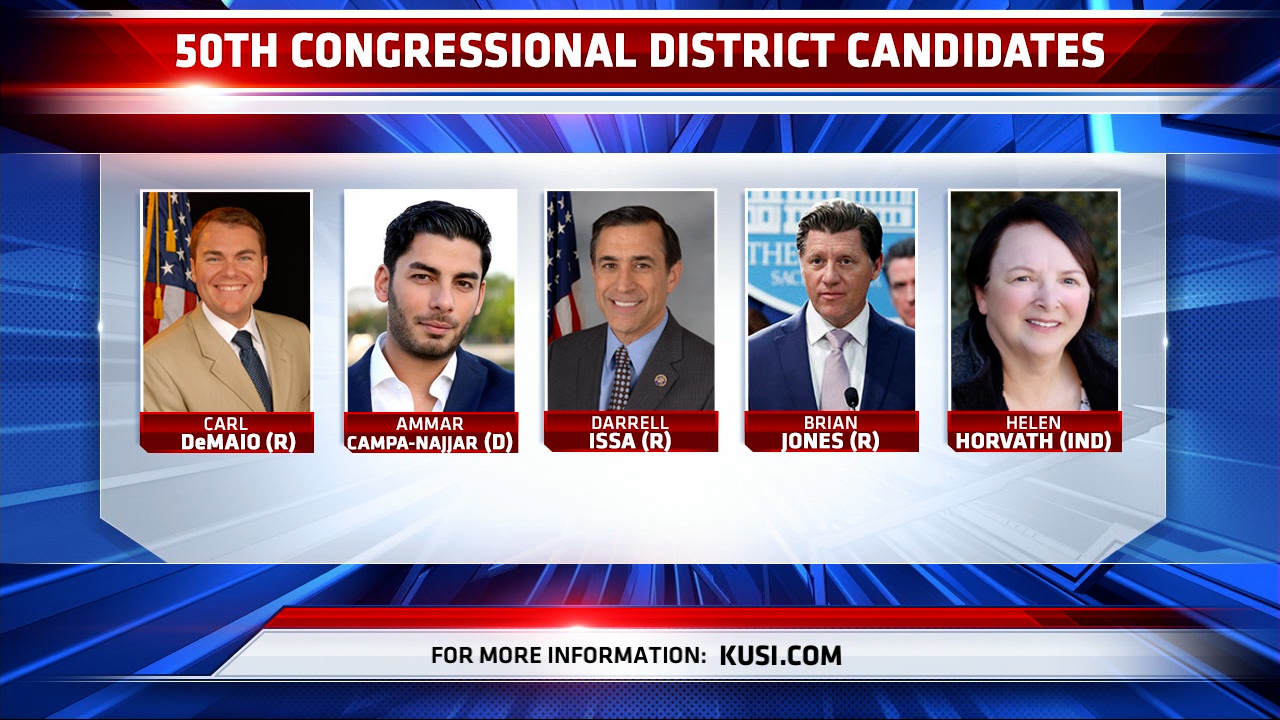