Dead whale spotted off the coast of Torrey Pines

SAN DIEGO (KUSI) – A dead whale was spotted drifting off the coast of the Torrey Pines area today. Lifeguards at Black’s Beach sighted the roughly 30-foot lifeless cetacean about two miles offshore from Sumner Canyon this morning, according to the San Diego Fire-Rescue Department.

The carcass, which appeared to be that of a gray whale in the early stages of decomposition, had a rope tied around its tattered tail, apparently from a prior attempt to tow it out to sea, SDFRD spokeswoman Monica Munoz said.

Lifeguards and scientists with the National Oceanic and Atmospheric Administration worked into the afternoon to get biological samples of the dead marine mammal for evaluation and were weighing “disposal options,” Munoz said. 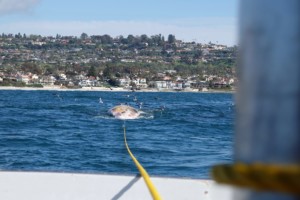 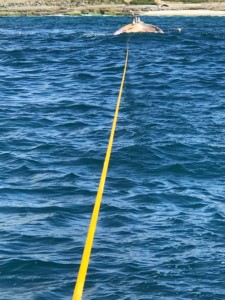 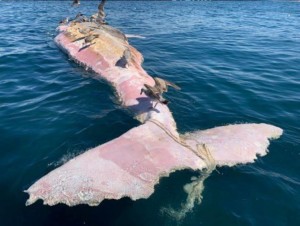 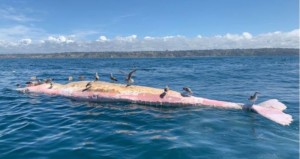