SAN DIEGO (KUSI) – Rep. Scott Peters, D-San Diego, said Monday that he’s glad President Donald Trump appears to be responding well to treatment for COVID-19, but criticized what he called “reckless rhetoric” from the president regarding the dangers of the virus.

In announcing via Twitter earlier Monday that he would within hours be leaving Walter Reed National Military Medical Center, where he’d been hospitalized since Friday, Trump wrote, “Feeling really good! Don’t be afraid of Covid. Don’t let it dominate your life. We have developed, under the Trump Administration, some really great drugs & knowledge. I feel better than I did 20 years ago!”

Peters issued a statement in which he said he was “heartened” to hear Trump was improving, but questioned his remarks regarding the state of COVID-19.

“To suggest that we shouldn’t be “afraid” dishonors every single American who has lost someone to this pandemic,” Peters wrote. “More than 210,000 lives have been tragically lost to COVID-19 — parents, children, husbands, wives, family and friends lost forever. Those families are devastated and the rest of us are indeed afraid of similar loss.”

Peters also questioned Trump’s statements through the lens of the medical care the president received, which the congressman said far exceeds that which is available to regular citizens.

“The president received the highest-quality care in the world and is feeling better. That does not mean we can disregard the gravity of this disease,” Peters wrote. “Most people can’t fly via helicopter to a specially dedicated, state-of-the-art hospital suite, nor can they acquire multiple experimental drugs when things take a turn. I encourage San Diegans to trust the science that tells us to continue to be vigilant.”

Trump’s treatment has included dexamethasone, remdesivir and an infusion of an experimental antibody cocktail from Regeneron Pharmaceuticals Inc. Following his discharge, he returned to the White House where he will quarantine until fully recovered.

Trump released a video message telling Americans, “Don’t let it (COVID) dominate, don’t let it take over your lives. Don’t let that happen, we’re the greatest country in the world. We’re going back. We’re going back to work, we’re going to be out front. As your leader, I had to do that. I knew there was danger to it but I had to do it. I stood out front, I led. Nobody that’s a leader would not do what I did.”

Rep. Scott Peters said he is “troubled & angered” by this rhetoric that many Americans believe to be inspiring and calming.

Peters has been a constant critic of President Trump, and his opposition to Trump’s attempt trying to calm Americans who are terrified of the virus is not surprising. 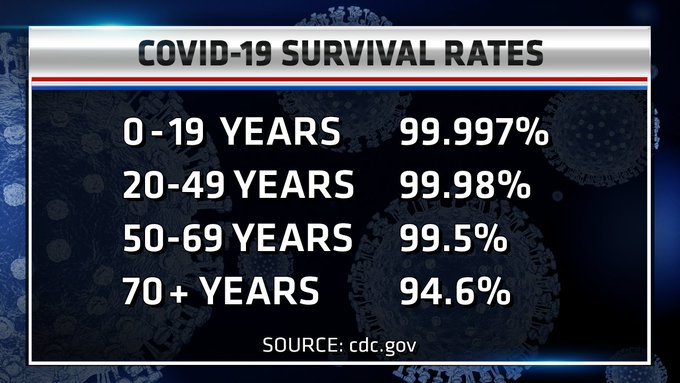 I'm heartened to hear President Trump is feeling better & continue to hope he recovers soon. That said, I'm troubled & angered by the rhetoric he's promoted today. To suggest we shouldn’t be ‘afraid’ dishonors every American who's lost someone to COVID-19.https://t.co/z4AceXhkhK