CHARLESTON, S.C. (AP) — Bernie Sanders’ Democratic rivals prepared to unleash a new wave of attacks against the party’s presidential front-runner in a high-stakes debate Tuesday night, perhaps their final prime-time opportunity to change the direction of the 2020 nomination fight.

Almost all of the six other candidates set to debate in South Carolina went after Sanders in the hours leading up to the 8 p.m. EST affair.

Five Bloomberg supporters, all current or former black elected officials, blasted Sanders’ record on gun control as well as other priorities for the black community on Tuesday.

“Too often, Bernie Sanders has been on the wrong side of history, missing in action or unable to make progress on virtually every issue for black voters,” New York Rep. Gregory Meeks told reporters, predicting that viewers would “see a 180-degree shift tonight” from Bloomberg after his lackluster showing in last week’s Democratic debate.

The new wave of infighting came as Democrats were set to meet for the party’s 10th — and perhaps most consequential — debate of the 2020 primary season. Bloomberg was the focus last week for his highly anticipated debut, but after a bad performance that froze his momentum, the knives are out for the 78-year-old Vermont senator.

The night marks a major moment in Sanders’ political career. After spending decades as an outside agitator accustomed to attacking the party establishment, he’s suddenly the one on defense as the Democratic establishment fears he could build an insurmountable delegate lead as soon as next week.

Only Elizabeth Warren has resisted attacking Sanders, her ideological ally. The Massachusetts senator has instead trained her focus on Bloomberg, whom she savaged last week on the debate stage and on the campaign trail leading up to Tuesday’s meeting.

Also a factor: Billionaire activist Tom Steyer, who has borrowed heavily from his personal fortune to fuel a strong push in South Carolina, where he’s threatening to peel away some of Biden’s support with state’s black voters. Rivals Buttigieg and Amy Klobuchar are also fighting to win over moderates while decrying Sanders’ chief policy priorities.

Sanders’ handling of the pressure could be crucial in determining whether he stays at the top of the Democratic pack. During a town hall Monday night televised on CNN, Sanders said he expected the attacks. But he still seemed to be adjusting to his new status.

“It is a little funny to find myself as the so-called front-runner,” he said.

Biden is looking to make a big impression in South Carolina, where he was long viewed as the unquestioned front-runner because of his support from black voters.

Campaigning in the state the day before the debate, he predicted he would win “by plenty” on Saturday

Having finished on top in three consecutive primary contests — including a tie in Iowa — Sanders is eyeing a knockout blow, however. He has shifted new staff into the state from Nevada, expanded his South Carolina advertising and added events to his schedule.

Sanders senior adviser Jeff Weaver said there was an “air of desperation” to the fresh attacks on his candidate.

“You’ve got candidates, you’ve got super PACs, all piling on to stop Bernie Sanders,” Weaver said. “They know he has the momentum in the race.”

Sanders may benefit most from the sheer number of candidates still in the race. They are still fighting among themselves — and splitting up the anti-Sanders vote — to emerge as the strongest alternative to him.

Heading into the debate, there was no sign that any of those candidates was close to getting out.

Minnesota Sen. Amy Klobuchar, who finished in a distant fifth or sixth place in Nevada over the weekend, announced plans to launch a $4.2 million ad buy across several Super Tuesday states.

Meanwhile, Sanders’ critics in both parties unleashed a flood of new attacks focused largely on his long record in elected office and unique perspective on some controversial issues.

Critics in both parties jumped on comments Sanders made in a CBS News “60 Minutes” segment aired Sunday in which he praised the late Cuban ruler Fidel Castro for establishing what Sanders called a “massive literacy program” when he took power.

Sanders stood by his comments during the CNN town hall, saying he’d criticized “authoritarian regimes all over the world,” including Cuba, Nicaragua and Saudi Arabia, But he added that, after Castro took power in 1959, “the first thing he did” was initiate a literacy program.

“I think teaching people to read and write is a good thing,” Sanders said. “That is a fact. End of discussion.”

Sanders was also in a dispute with the American Israel Public Affairs Committee, an establishment group that advocates for strong U.S.-Israel relations. Sanders said he would skip the group’s conference because he was concerned about the event giving airtime to “leaders who express bigotry and oppose basic Palestinian rights.”

Jonathan Greenblatt, CEO of the Anti-Defamation League, called that characterization “offensive” and “irresponsible.” 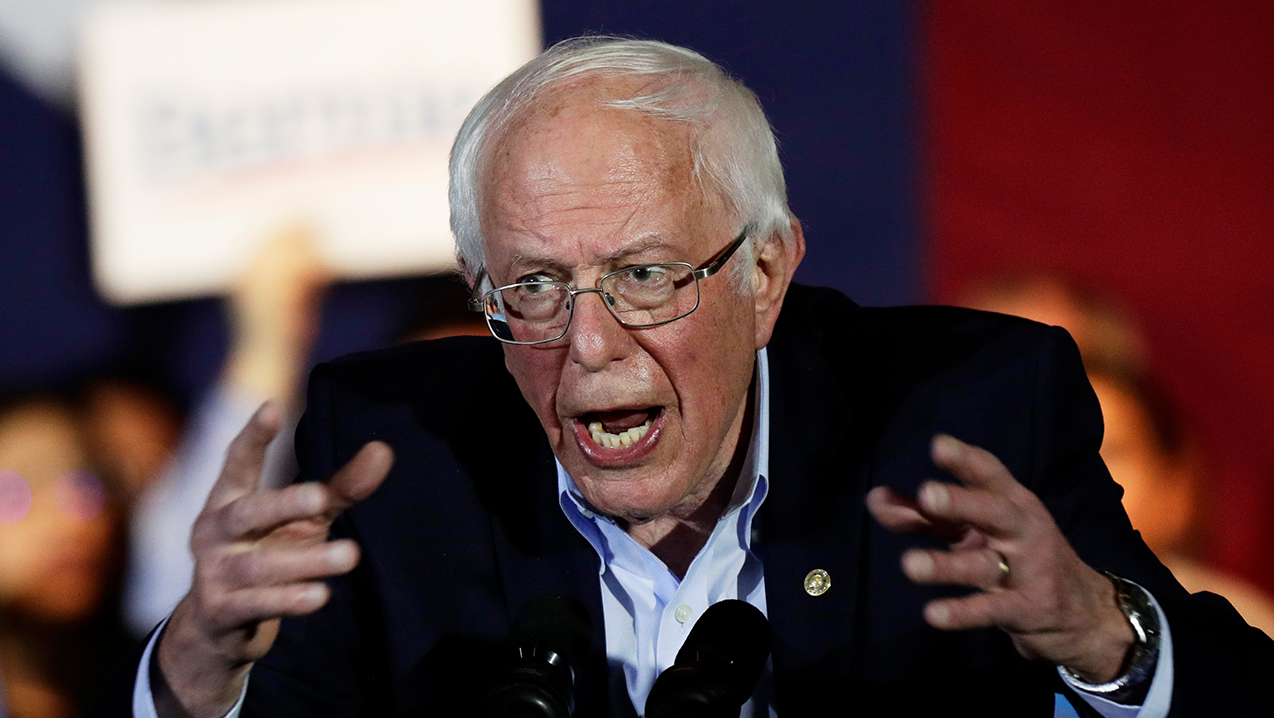 Catch up on the 2020 election campaign with AP experts on our weekly politics podcast, “Ground Game.”