Speaking from Mar-A-Lago, Donald Trump did just that.

He will be running to become the 47th President of the United States. 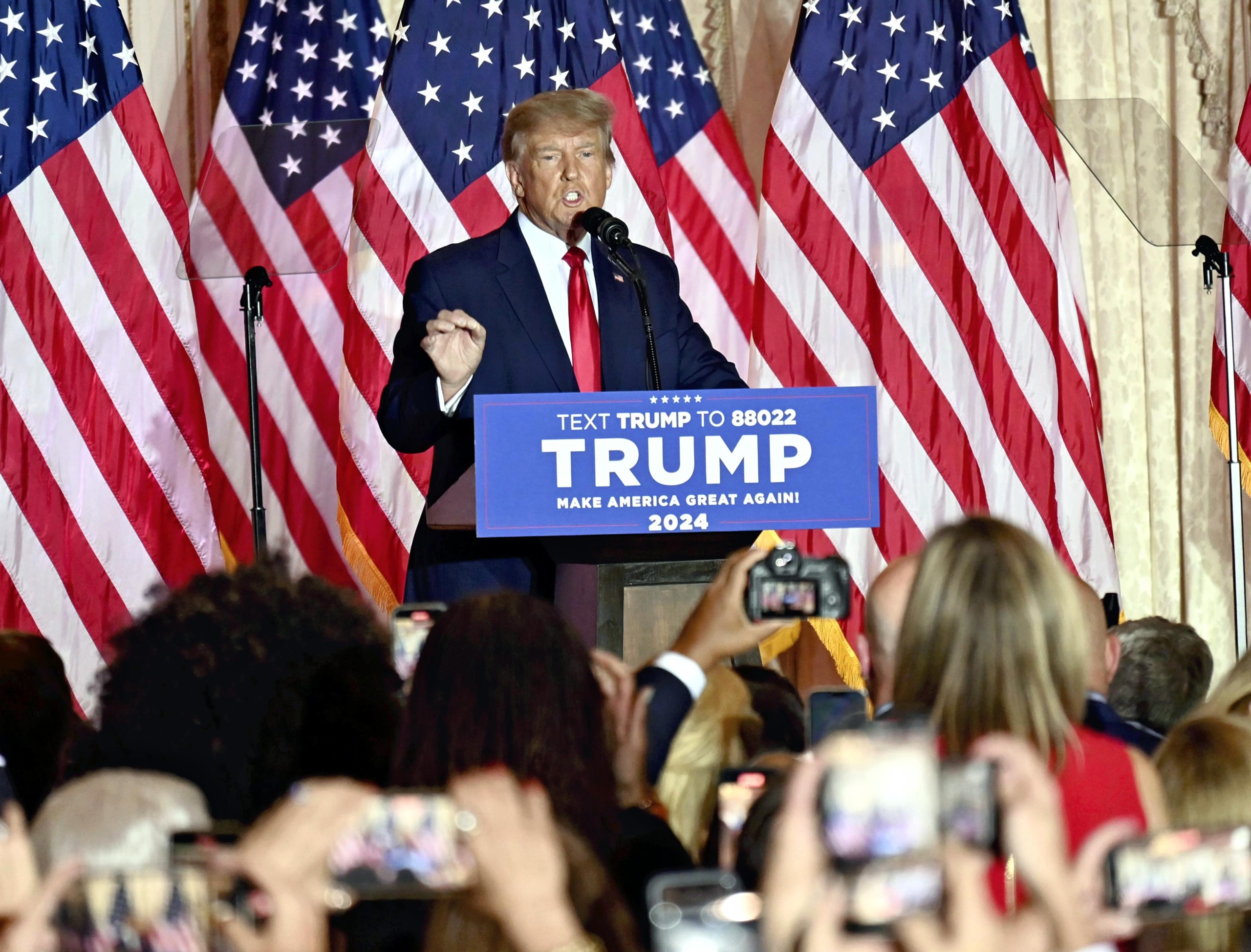 Former Republican President Donald Trump announces that he is running for his 2024 bid Presidential Election at Mar-a-Lago, his resort in Palm Beach, Florida on Nov. 15, 2022. 76-year-old Trump told his supporters to seek the Republican presidential nomination in 2024. ( The Yomiuri Shimbun )