The problems with the stadium’s open-air design were made clear by the heat wave, as temperatures neared 100 degrees. There is essentially no shade in the entire stadium and many fans were taken in for medical attention as they battled heat related illnesses.

SDSU Athletic Director JD Wicker announced about 200 people received medical aid during Saturday’s game, and 20 were sent to the hospital.

It was so hot during Saturday’s game against the University of Arizona, that fans couldn’t even stay in their seats during the game as they were searching for shade.

A TikTok has gone viral highlighting the problems with the stadium, which was shared by the popular account, @scareventures.

The terrible start for San Diego State’s new stadium is a big disappointment for San Diegans as we look at SoFi stadium in Los Angeles, which has the overhanging roof, which provides shade to all attendees. 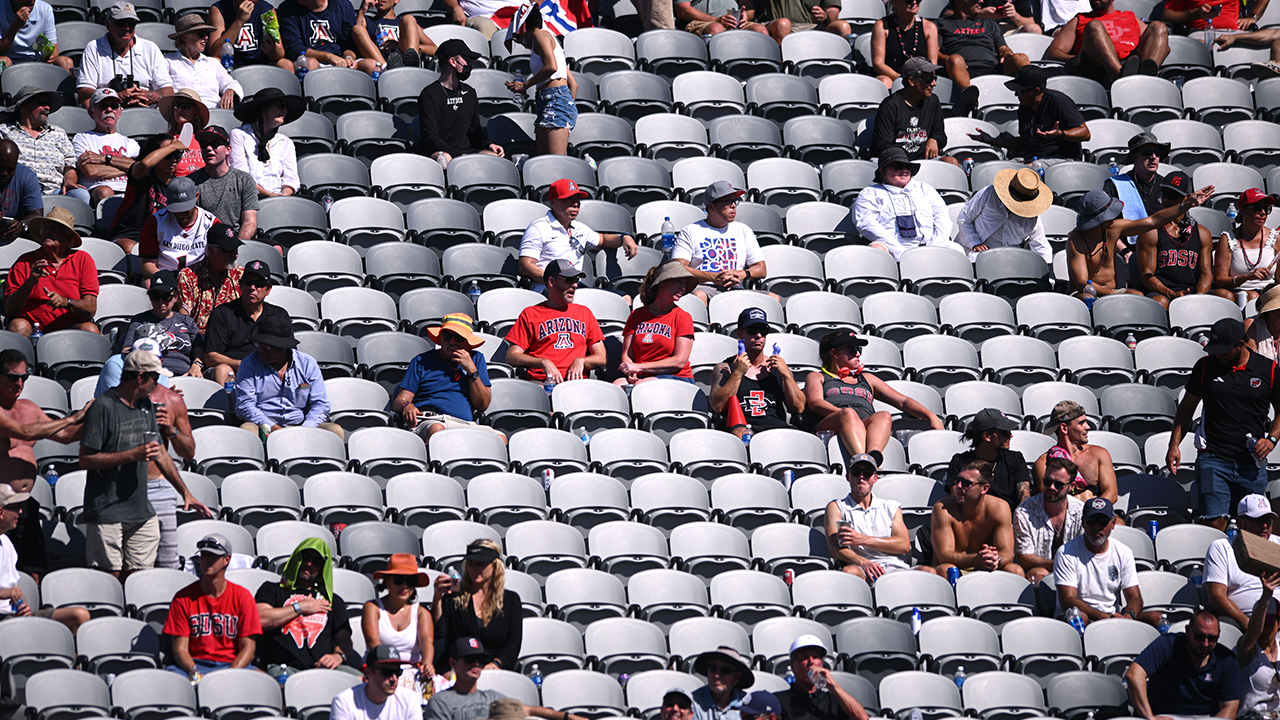 Sep 3, 2022; San Diego, California, USA; Fans look on fro the stands during the second half of the game between the San Diego State Aztecs and the Arizona Wildcats at Snapdragon Stadium. Mandatory Credit: Orlando Ramirez-USA TODAY Sports