SAN DIEGO (KUSI) – Padres star shortstop Fernando Tatis Jr. hurt himself taking a hard swing and immediately left the game against the San Francisco Giants. Tatis winced in pain as he fell to the ground. As he got up, he was cradling his left arm, and as he was helped off the field, two trainers helped hold his left arm against his body.

The 22-year-old Tatis left a game late in spring training with left shoulder discomfort but was back two days later. 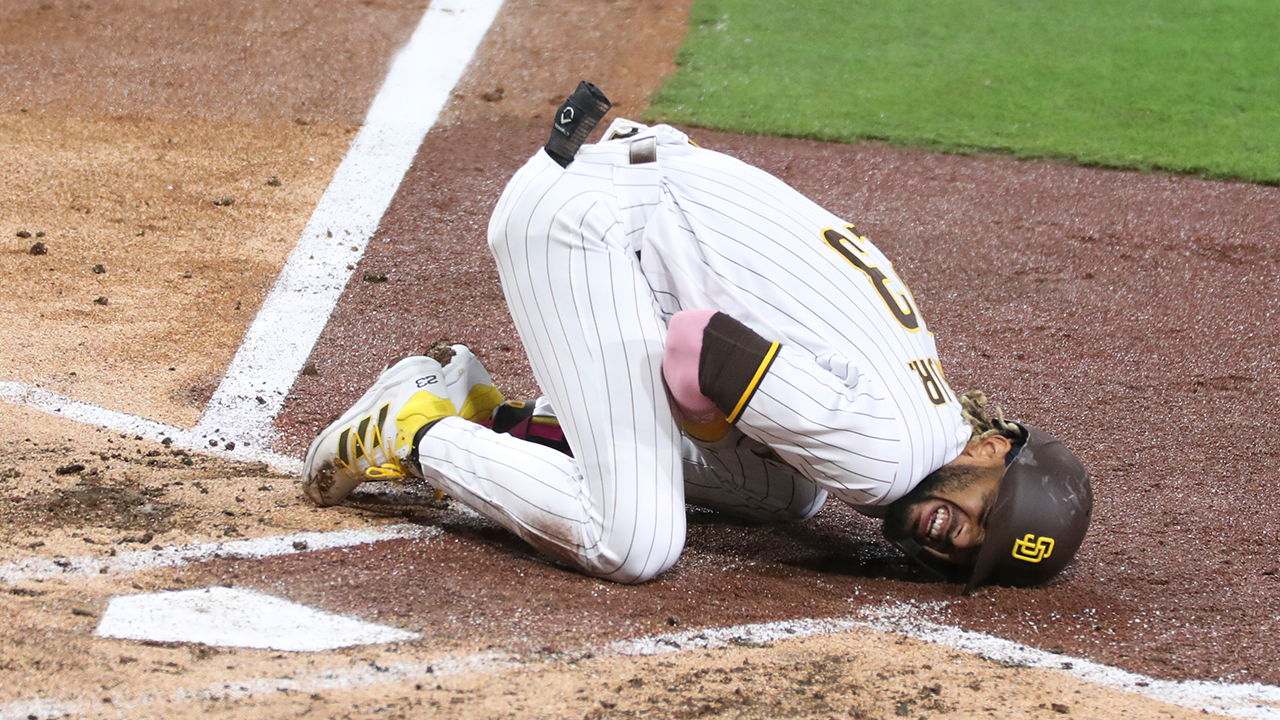 San Diego Padres’ Fernando Tatis Jr. reacts after hurting his shoulder while swinging at a pitch in the third inning of a baseball game against the San Francisco Giants, Monday, April 5, 2021, in San Diego. (AP Photo/Derrick Tuskan)

Manager Jayce Tingler said then that Tatis had been dealing with left shoulder discomfort since his minor league days.

The Padres announced Monday that Tatis exited because of a shoulder subluxation, which is a partial dislocation of the joint, and will undergo an MRI on Tuesday.

Dr. David Chao said the Padres will work with Tatis to get it fixed in a way to make sure it doesn’t damper anything in the long term.

“This is not the end of Tatis, I don’t have any worry that this is the end of him,” Chao explained.

Fernando Tatis Jr. went back to the clubhouse after hurting himself on this swing pic.twitter.com/iQh81fkwjU

Update from the clubhouse: Fernando Tatis Jr. left tonight’s game with a left shoulder subluxation. He will be re-evaluated tomorrow.

California allows vaccinations for everyone age 16 and up