SAN DIEGO (KUSI/AP) – San Diego County health officials have reported a huge jump in COVID-19 cases — a record 1,087 — and no additional deaths, bringing the county’s total to 64,768 cases, with the death toll remaining at 926.

Sunday was the fifth-consecutive day that more than 600 new coronavirus cases were reported by the county.

The number of community outbreaks in the past week was 45 as of Saturday. 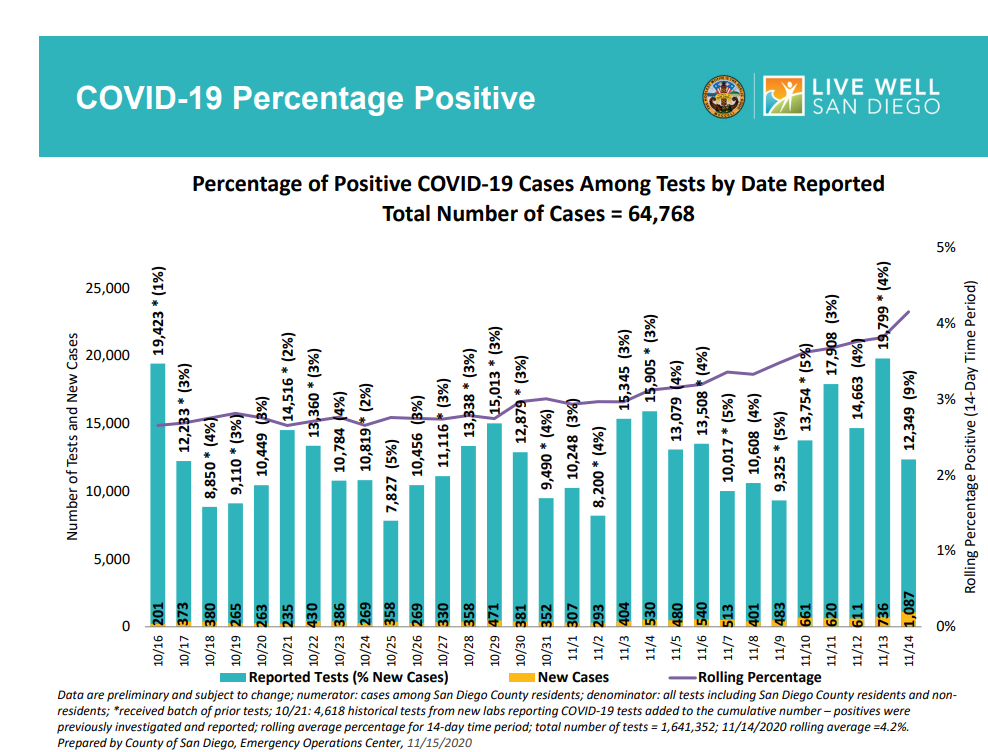 The CDC posted a new scientific brief discussing recent studies finding that a wearer gets some protection.

The agency’s guidance didn’t change. It continues to advise Americans to wear masks to stop the virus from spreading.

“But now we’re saying here’s another reason” to do it, said Dr. John Brooks, chief medical officer for the CDC’s COVID-19 emergency response.

Agency officials were influenced by a recent study led by Japanese researchers who used mannequin heads and artificial respirators to simulate the spread of coronavirus particles through the air, and assess how well masks blocked transmission.

It confirmed earlier research that masks work best when worn by an infected person who might spread it by coughing, sneezing or talking. Masks block about 60% of the amount of virus that comes out of an infected person, the study found.

When both people were wearing masks, the decline in virus particles reaching the second person was largest — close to 70%.

The study didn’t perfectly mimic most real-world situations. For example, the heads were closer together than six feet, and the exhaling mannequin head was doing more of a constant cough than regular breathing.

But Brooks said the value of everyone wearing masks is suggested by several other studies of real-world situations — including one of customers in a Missouri hair salon, another on a U.S. aircraft carrier, and several others that tracked infections and deaths in places that adopted mask mandates.