SAN DIEGO (CNS) – A ballot measure that would take a step toward repealing “The People’s Ordinance” trash collection model in the city of San Diego remained in limbo Wednesday, with ballot returns showing the result too close to call.

Carl DeMaio, a former San Diego City Councilman and chair of the conservative political action committee Reform California, said he was confident the voters had stopped Measure B in Tuesday’s election.

“We are very pleased with the initial voting results in the Measure B race,” he said. “Because these initial results tend to disproportionately reflect Democrat-leaning voters, we believe the NO side will continue to pick up votes and increase our vote share as all ballots are processed.

“Defeating Measure B is important because San Diego residents are already struggling with high cost of living caused by reckless policies supported by Mayor Todd Gloria and the City Council,” DeMaio said. “Preventing a costly garbage tax from being imposed in the city of San Diego will be a big win for working families.”

Measure B’s passage would allow the City Council to adopt a monthly fee for single-family homes and multi-family complexes with up to four residences on a single lot. The measure would not impose a specific fee on its own. Such a fee would require a study to determine the city’s costs to provide the services, as well as City Council approval.

Supporters say the measure would end a system that allowed a benefit for certain residents, while those living in apartments or condos have to pay for private haulers. According to the ballot argument in support of the measure, its passage would “fix this broken and unfair system so San Diego can start delivering better services for all of us, like bulky item pickup and free replacement of broken trash bins.”

Opponents say homeowners already pay for trash pickup through property taxes and thus would be charged twice for the same service if Measure B passes.

“San Diegans already have one of the highest cost of living burdens in the nation and we should not be adding to the existing burdens of working families with this costly garbage tax,” opponents said in their ballot argument.

KUSI’s Allie Wagner spoke with Reform California Chairman, Carl DeMaio, who has been one of the leading voiced in opposition to Measure B, live on Good Morning San Diego.

As of Wednesday morning, No on Measure B is leading by just 2,017 votes: 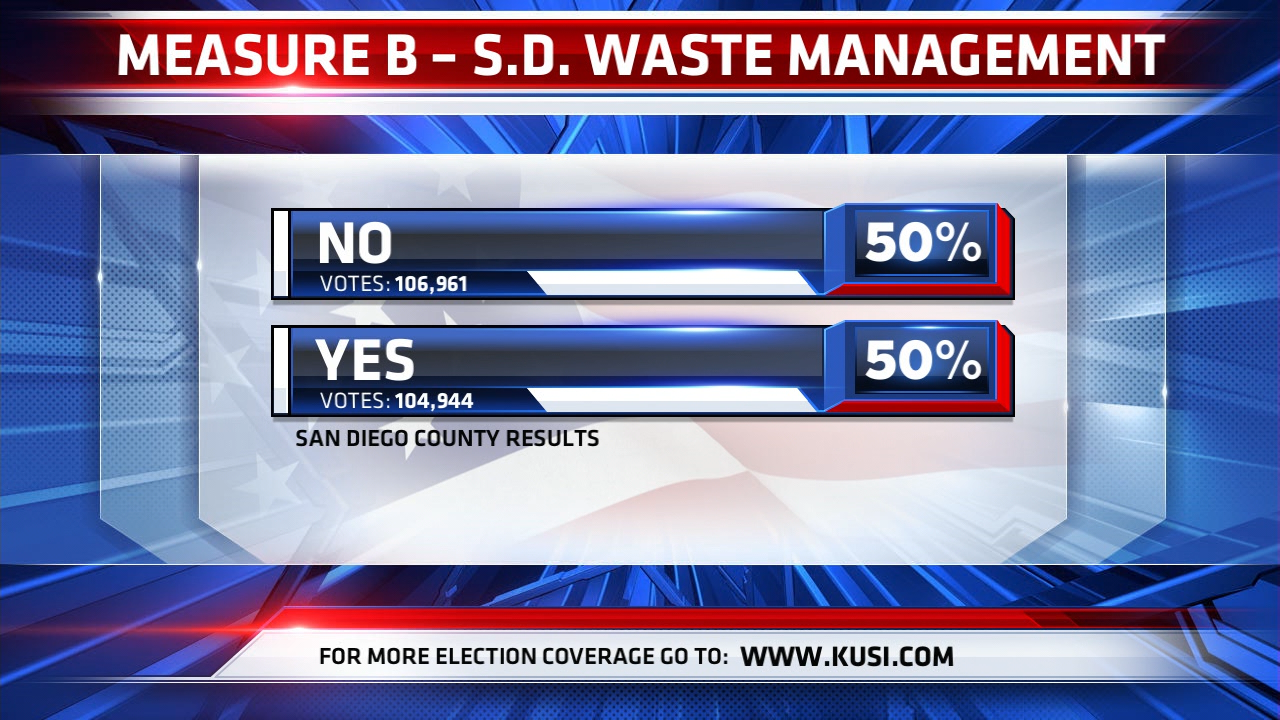