EL CAJON (KUSI) – It’s a fight over whether voters, or bureaucrats get to decide how your taxpayer money is spent.

El Cajon Mayor Bill Wells and City Council Members of El Cajon weighed in on the controversy. The question is whether Trans Net sales tax money, approved by voters for specific highway improvements, should be spent on mass transit instead.

Wells and the council members sent a letter to the Executive Director of SANDAG, Hasan Ikharata, laying out their opposition to his plan not to complete the promised projects, but to use the voter approved money for mass transit instead.

Mayor Wells told KUSI the odds in the Trans Net battle are stacked against the communities of San Diego’s East and North counties, and in favor of those living in the City of San Diego and Chula Vista.

Here is a map of the projects El Cajon leaders are talking about. 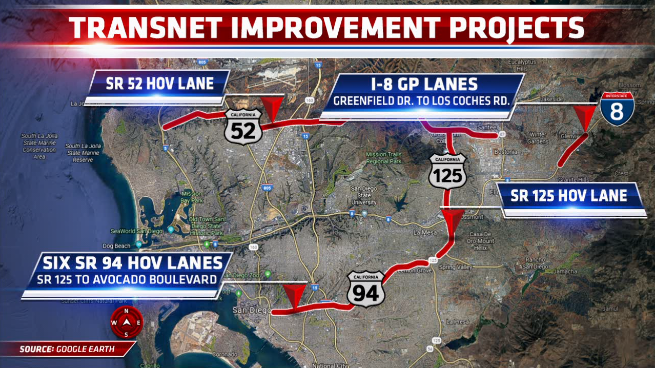 County Supervisor Nathan Fletcher has been a strong supporter of using these funds for mass transit.