SAN DIEGO (KUSI) – El Cajon Mayor Bill Wells has been calling out San Diego County for their “inequitable” distribution of motel vouchers, as El Cajon is clearly taking in the large majority of the county’s homeless.

Wells said the people being sheltered in his city are felons, and the police department has been receiving an increased number of calls from people reporting criminal activity at the motels where the vouchers are being used.

Wells’ attempt to fight back, at the wishes of El Cajon residents, was met with a lawsuit from the state Attorney General, Rob Bonta. Bonta demands Wells “immediately rescind notices sent to hotels participating in San Diego’s homeless voucher program.”

Supervisor Nathan Fletcher immediately touted Bonta’s demand and threat of a lawsuit, but Wells said the County is guilty of the very same “violation” that Bonta says the City of El Cajon is guilty of.

Wells also noted that AG Bonta conveniently left out the spike in arrests made at or near the participating motels, calling Bonta’s demands a “one-sided argument.”

The El Cajon City Council will be discussing the County’s motel voucher program and its impact on our community at the upcoming City Council meeting this Tuesday.  As part of that meeting, the City Council will discuss the letter received from the Attorney General this weekend and determine what steps should be taken.

Mayor Bill Wells stated, “I find it interesting that the Attorney General came to conclusions without even talking to the City. Based on his tweet from September 24th that stated our ‘actions threatened to turn the most vulnerable residents out onto the street based solely on their source of income, no more,’ is egregiously false. In the Attorney General’s letter or tweet, there was no mention that the County and its contractor have failed to properly screen participants in the voucher program, which has resulted in spikes in crime, increased calls for police and fire service, and increased open drug usage and sales at and around the participating motels. There was also no mention that the El Cajon Police Department has made over 20 arrests near or at the participating motels in just the last ten days. It is obvious that the Attorney General’s office based its findings on a one-sided argument.”

The City of El Cajon’s critique of the County’s mismanaged voucher program is not one that comes from lack of compassion for those who are without shelter, but from one of public safety and an obligation to protect the El Cajon community.

The City of El Cajon’s threats to local hotels are a clear violation of the law, and the City must immediately reverse course or face legal consequences. https://t.co/a3J5IN1KLq 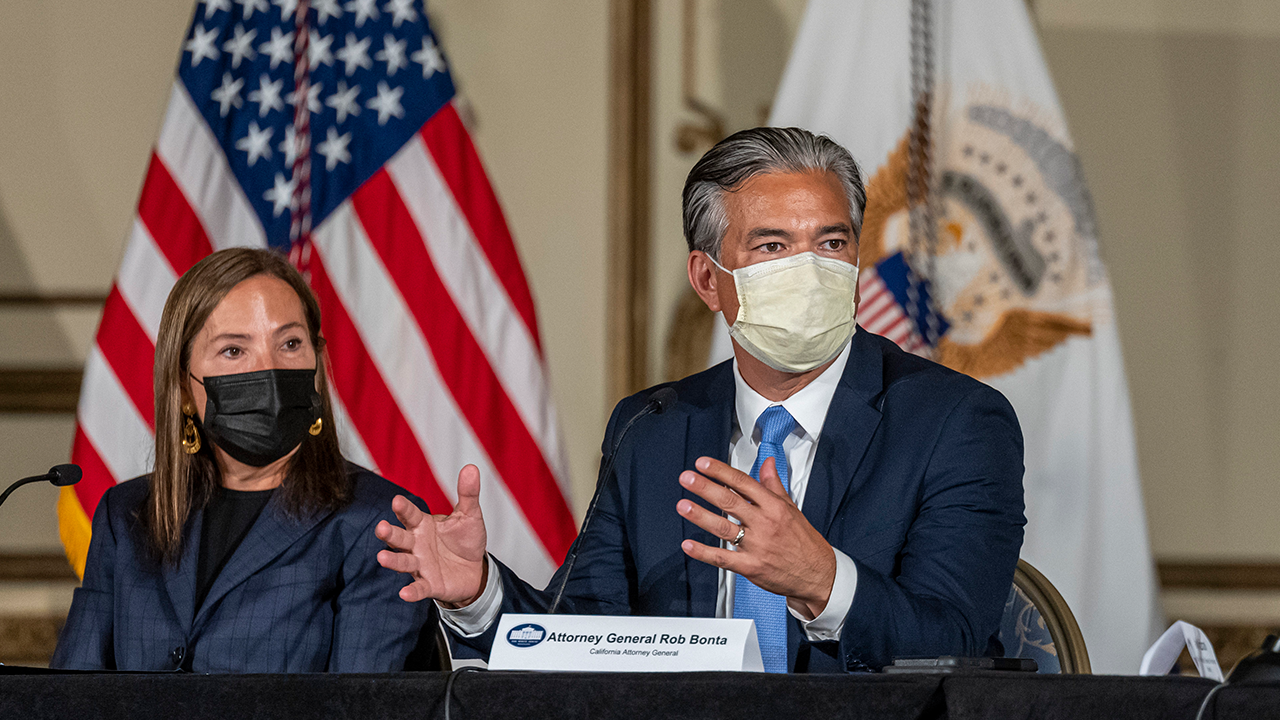 Rob Bonta, California’s attorney general, right, speaks as Eleni Kounalakis, CaliforniaÕs lieutenant governor, listens during a meeting with state legislators and advocates to discuss reproductive health care in San Francisco, California, US, on Thursday, Aug. 11, 2022. Harris this month said a vote in Kansas showed that a majority of Americans agreed with Democrats on protecting access to abortion as the administration played up the issue ahead of the November midterms. Photographer: David Paul Morris/Pool/Sipa USANo Use Germany.