Emails obtained by the New York Post reveal that Hunter Biden introduced a Ukrainian Energy Official to his father, Joe Biden, while he was serving as Vice President of the United States.

“Dear Hunter, thank you for inviting me to DC and giving an opportunity to meet your father and spent some time together. It’s realty an honor and pleasure,” the email reads.

The New York Post reported, “The never-before-revealed meeting is mentioned in a message of appreciation that Vadym Pozharskyi, an adviser to the board of Burisma, allegedly sent Hunter Biden on April 17, 2015, about a year after Hunter joined the Burisma board at a reported salary of up to $50,000 a month.”

President Trump tweeted about this specific incident in September 2019 when Democrats were beginning to question his phone call with Ukraine that led to his impeachment.

….story about me and a perfectly fine and routine conversation I had with the new President of the Ukraine. Nothing was said that was in any way wrong, but Biden’s demand, on the other hand, was a complete and total disaster. The Fake News knows this but doesn’t want to report!

The New York Post reported that the owner of a Delaware repair shop said “the computer was dropped off at a repair shop in Biden’s home state of Delaware in April 2019.”

Democrat presidential nominee Joe Biden has been repeatedly asked about his son’s overseas business dealings while he was serving as VP, and Biden has always answered saying he didn’t know anything about them.

Chris Wallace didn’t bother to ask Biden about the business dealings during the first presidential debate, but President Trump brought up various payments to Hunter Biden that were made by foreign nationals from countries including China and Russia. 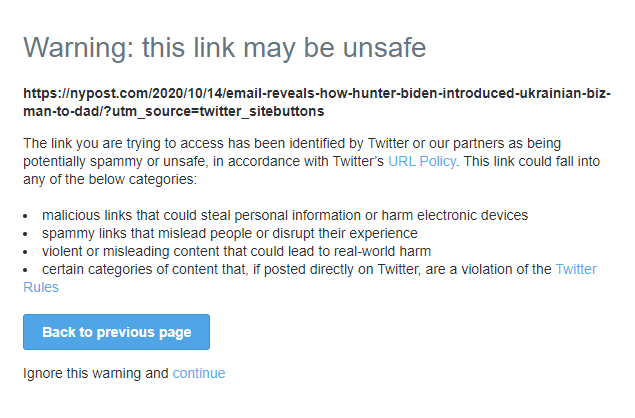 A New York Post editor, Sohrab Ahmari, posted photos of what began to happen when he tried to share the link to the story on his Twitter feed.

This is a Big Tech information coup. This is digital civil war.

I, an editor at The New York Post, one of the nation’s largest papers by circulation, can’t post one of our own stories that details corruption by a major-party presidential candidate, Biden. pic.twitter.com/BKNQmAG19H

This is what happens when I try to post our story exposing Biden family graft. pic.twitter.com/7pwxUoNgTX

RELATED STORY: Joe Biden refuses to respond to question about Hunter Biden’s work being a conflict of interest 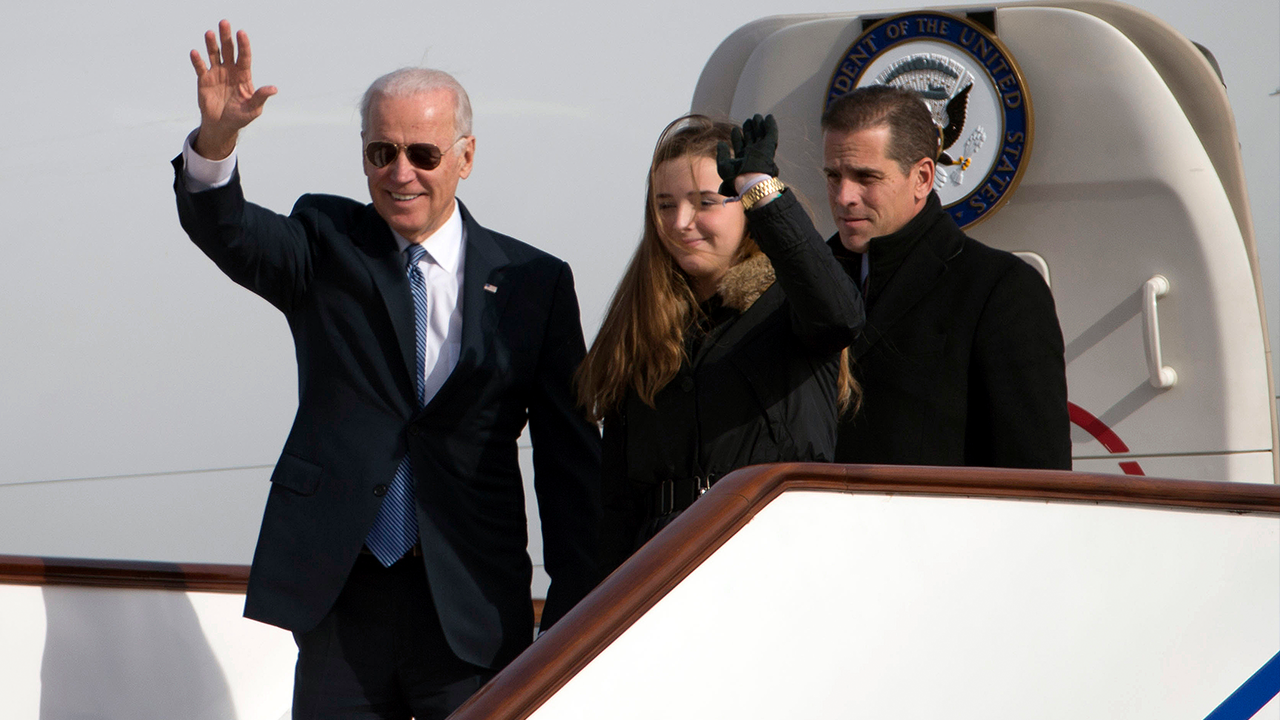 In this Wednesday, Dec. 4, 2013 file photo, U.S. Vice President Joe Biden, left, waves as he walks out of Air Force Two with his granddaughter Finnegan Biden and son Hunter Biden at the airport in Beijing, China. On Friday, Oct. 25, 2019, The Associated Press reported on stories circulating online incorrectly asserting that Hunter Biden got $1.76 million from taxpayer-funded Amtrak. The son of Democratic presidential candidate and former Vice President, was paid $32,850 during a 31-month tenure on Amtrak’s board of directors. (AP Photo/Ng Han Guan, Pool)

The full New York Post story on the emails can be read here.

New emails obtained by the @NYPost show Hunter Biden introduced Joe Biden to a top executive at the Ukrainian energy firm he received $50K/month from. His father, Joe Biden has repeatedly denied any knowledge of his son's overseas business dealings while he was VP