Williams made history by acquiring the most votes as a first time candidate in his run for Pasadena mayor in November 2020, though he did not win the race. 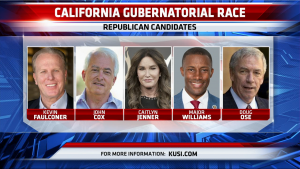 While the gubernatorial running is now populated with four others, Williams was the first candidate to announce his run for California governor.

The man became an entrepreneur at the tender age of 13 and has never looked back since.

Now, he’s got his sights set for Sacramento.