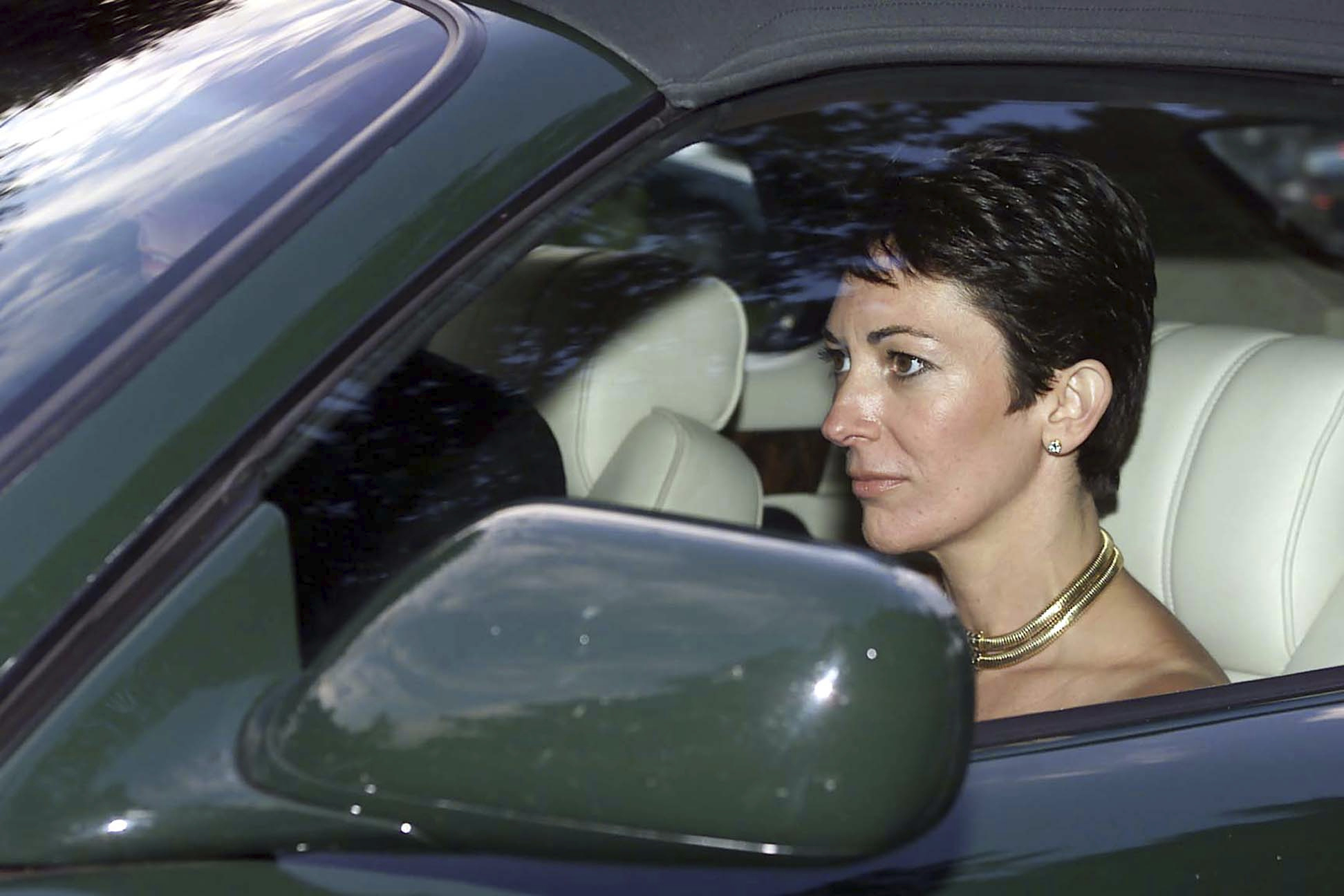 FILE – In this Sept. 2, 2000 file photo, British socialite Ghislaine Maxwell, driven by Britain’s Prince Andrew leaves the wedding of a former girlfriend of the prince, Aurelia Cecil, at the Parish Church of St Michael in Compton Chamberlayne near Salisbury, England. The FBI said Thursday July 2, 2020, Ghislaine Maxwell, who was accused by many women of helping procure underage sex partners for Jeffrey Epstein, has been arrested in New Hampshire. (Chris Ison/PA via AP, File)

NEW YORK (AP) — Jeffrey Epstein’s former girlfriend will face a judge and at least one of her accusers by video at a hearing to determine whether she stays behind bars until trial on charges she recruited girls for the financier to sexually abuse a quarter century before he killed himself in a Manhattan jail.

The hearing Tuesday afternoon in Manhattan federal court was expected to feature a not guilty plea by British socialite Ghislaine Maxwell along with arguments over whether she’ll flee if she’s released.

Even if she was granted bail, she would almost certainly remain incarcerated while prosecutors would be given time to appeal and authorities would arrange an electronic bracelet, verify her collateral and the finances of anyone required to pledge additional security.

The confrontation with any of her accusers will be an unusual spectacle with participants appearing by video on a screen in a large jury assembly room at a Manhattan courthouse where the 60 or so spectators are tested for fevers and must answer questions related to the coronavirus.

A year earlier, Epstein took his life several weeks after he too was confronted by two accusers at a bail hearing who insisted that he should remain in jail while awaiting sex trafficking charges that alleged he abused girls at his Manhattan and Florida mansions in the early 2000s.

Maxwell, 58, has been held without bail since her July 2 arrest at her million-dollar New Hampshire estate, where prosecutors say she refused to open the door for FBI agents, who busted through to find that she had retreated to an interior room.

In an indictment, she is charged with recruiting at least three girls, one as young as 14, for Epstein to abuse between 1994 and 1997.

The indictment alleged that she helped groom the victims to endure sexual abuse and was sometimes there when Epstein abused them. It also alleged that she lied during a 2016 deposition in a civil case stemming from Epstein’s abuse of girls and women.

In court papers, her lawyers argued that Epstein’s death left the media “wrongly trying to substitute her for Epstein — even though she’d had no contact with Epstein for more than a decade, had never been charged with a crime or been found liable in any civil litigation, and has always denied any allegations of claimed misconduct.”

The hearing comes a day after prosecutors argued in court papers that the British socialite is a danger to flee the country if she is freed on $5 million bail, which her lawyers recommended.

“The defendant has not only the motive to flee, but the means to do so swiftly and effectively,” prosecutors wrote, citing her access to millions of dollars and the scant information about her finances provided by her lawyers.

Maxwell’s lawyers say in court papers that their client will remain at home, protected by electronic monitoring, private security and her friends and two siblings who live in the United States.

“Ms. Maxwell vigorously denies the charges, intends to fight them, and is entitled to the presumption of innocence,” her lawyers wrote.

They said she has lived in the U.S. since 1991 and has not left the country in the last year “even though she was aware of the pending, and highly publicized, criminal investigation.”