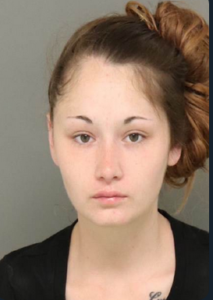 SAN DIEGO (KUSI) – Residents of Santee were being warned to be on the lookout for a female inmate, who escaped from a detention center in San Diego today, the San Diego County Sheriff’s Department said.

A large perimeter has been set up by the department around the Las Colinas Detention and Reentry Facility, 451 Riverview Parkway, with nearby roads closed.Destiny Guns, 22, is 5’2″ and 100 pounds with green eyes and brown hair. She has a tattoo of an elephant skull on her right arm and of a grasshopper on her chest. At the time of her escape, Guns was wearing a white
top and blue pants. Guns is a low level prisoner with a history of non-violence.