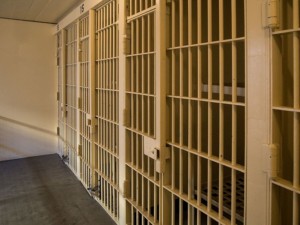 There were no signs of suspicious circumstances related to the death of Gilbert Gonzalo Gil of Escondido, according to the San Diego County Sheriff’s Department. A ruling on the cause of his death was on hold pending completion of postmortem examinations.

On Saturday, a California Highway Patrol officer took Gil into custody on suspicion of driving while intoxicated, and he was booked into the Vista jail, sheriff’s Lt. Thomas Seiver said.

Gil was released Sunday morning. That evening, however, he was arrested again, this time on suspicion of being under the influence of a controlled substance in Escondido. Police took him to Palomar Medical Center, where he was medically cleared to go back to jail.

At about 2:30 a.m. Monday, Gil was booked once again into Vista Detention Facility, where he was placed in a holding cell by himself, Seiver said.

About 15 1/2 hours later, deputies were performing a safety check when they found Gil unconscious and unresponsive in his cell. Following lifesaving attempts by jail staffers and fire department personnel, paramedics pronounced him dead at the scene.

During Gil’s first booking, he was tested by medical staffers for COVID-19. While he was being admitted to the South Melrose Drive detention center the second time, jailers received the results of the screening, which showed that he was positive for the disease, the lieutenant said.