Ethics Committee informs Rep. Duncan Hunter he can no longer vote in House after guilty plea

SAN DIEGO (KUSI) — The House Ethics Committee informed Rep. Duncan Hunter in a letter on Thursday that he can no longer vote on legislation and other matters on the House floor after he pleaded guilty earlier this week to misusing campaign funds.

The Chairman and Ranking Member of the Committee on Ethics today issued the letter to Representative Duncan Hunter which states that his plea brings into effect a House rule stating that members convicted of certain crimes should refrain from voting.

It goes on to say the provision is not mandatory, but if violated, the committee or the entire House may take action.

This means that Hunter will not be allowed to vote on the impeachment of President Trump if the vote occurs while he is still a member of Congress.

Hunter, who changed his plea in federal court in San Diego Tuesday, faces up to five years in prison and is scheduled to be sentenced on March 17.

He most recently voted on the House floor Wednesday, according to the House clerk, the day after he had pleaded guilty. He did not vote Thursday. 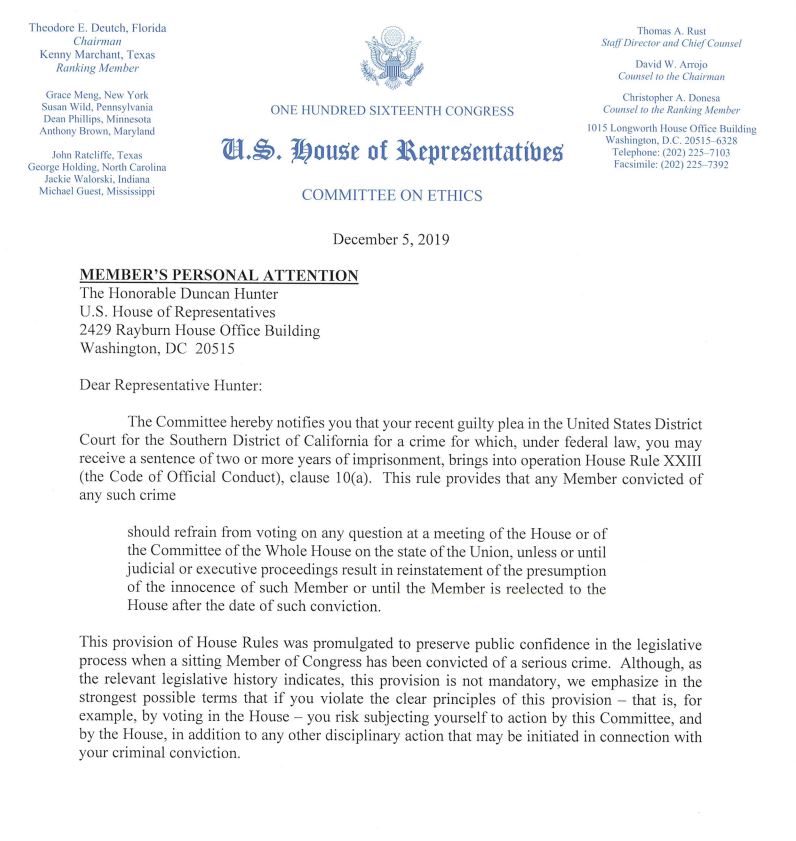 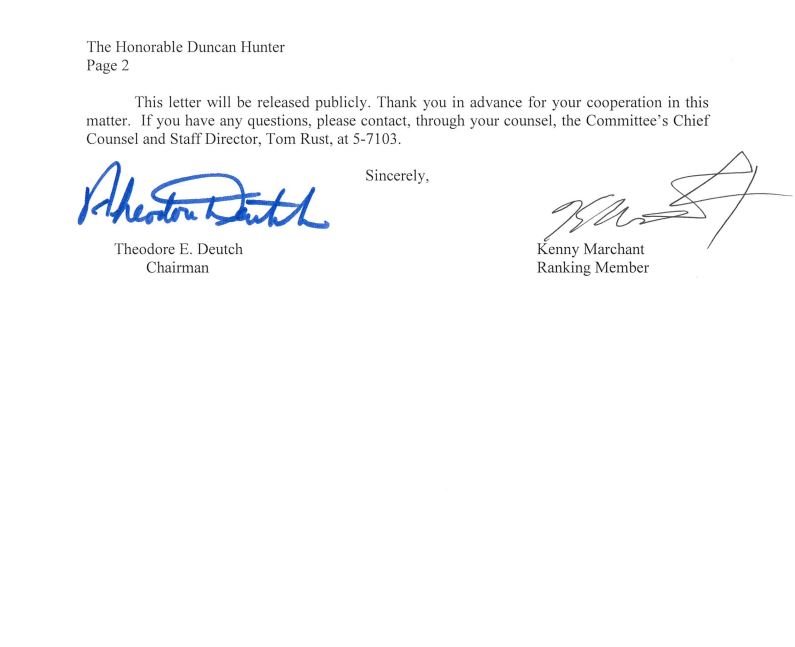