Richard Fischer, 33, faces up to five years in prison for sexually assaulting women while on duty between 2015 and 2017 in North and East San Diego County. The victims said Fischer groped, hugged or tried to kiss them, according to the District Attorney’s Office. 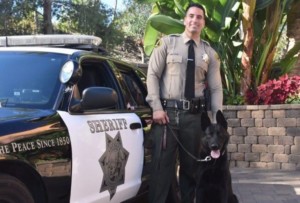 Sentencing is slated for Dec. 10, at which time a judge will decide whether Fischer will have to register as a sex offender.

The plea agreement was entered on the eve of his trial, which was slated to begin at the Vista courthouse this week.

“This plea acknowledges the separate crimes committed against each victim and is accepted in accordance with the wishes of the overwhelming number of victims who agree it is a just and appropriate resolution that holds the defendant accountable for his crimes,” District Attorney Summer Stephan said.

“I want to thank the victims who showed tremendous courage by coming forward and standing up to the defendant, who abused his position of trust under the color of authority. I also want to thank the prosecution team for their tremendous work and their commitment to obtaining justice in this case.”