SAN DIEGO (KUSI) – It all started when Salvatore Nicolosi emigrated from Sicily to America in 1906. Salvatore and his wife, Francesca, opened their first restaurant in 1952 in Mission Hills, and with that, it became an instant success.

After Salvatore passed in 1954, the restaurant was taken over by his family. As the restaurant grew in popularity, their desire to expand brought many new locations and even San Diego’s first delivery location featuring three Yamaha motorcycles with boxes on the back to transport pizzas.

Nicolosi’s has had a few different locations over the many years of business, but all have brought the same Sicilian family recipes and authentic atmosphere that customers are drawn to. In addition, Nicolosi’s has many dedicated employees working at the restaurant for more than 25 years, and in some cases more than 35 years. These employees are part of the family, and have been serving loyal guests for decades. 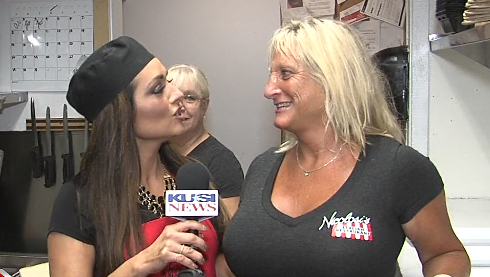 The restaurant is now owned by one of Salvatore Nicolosi’s grandchildren and uses many of the traditional family recipes that Salvatore brought from Sicily. The authentic cuisine and homestyle coziness has made Nicolosi’s a San Diego monument for true Italian cuisine.

KUSI’s Francella Perez was there getting all the details. For more information, click here.