Fauci: US may see ‘surge upon surge’ of virus in weeks ahead 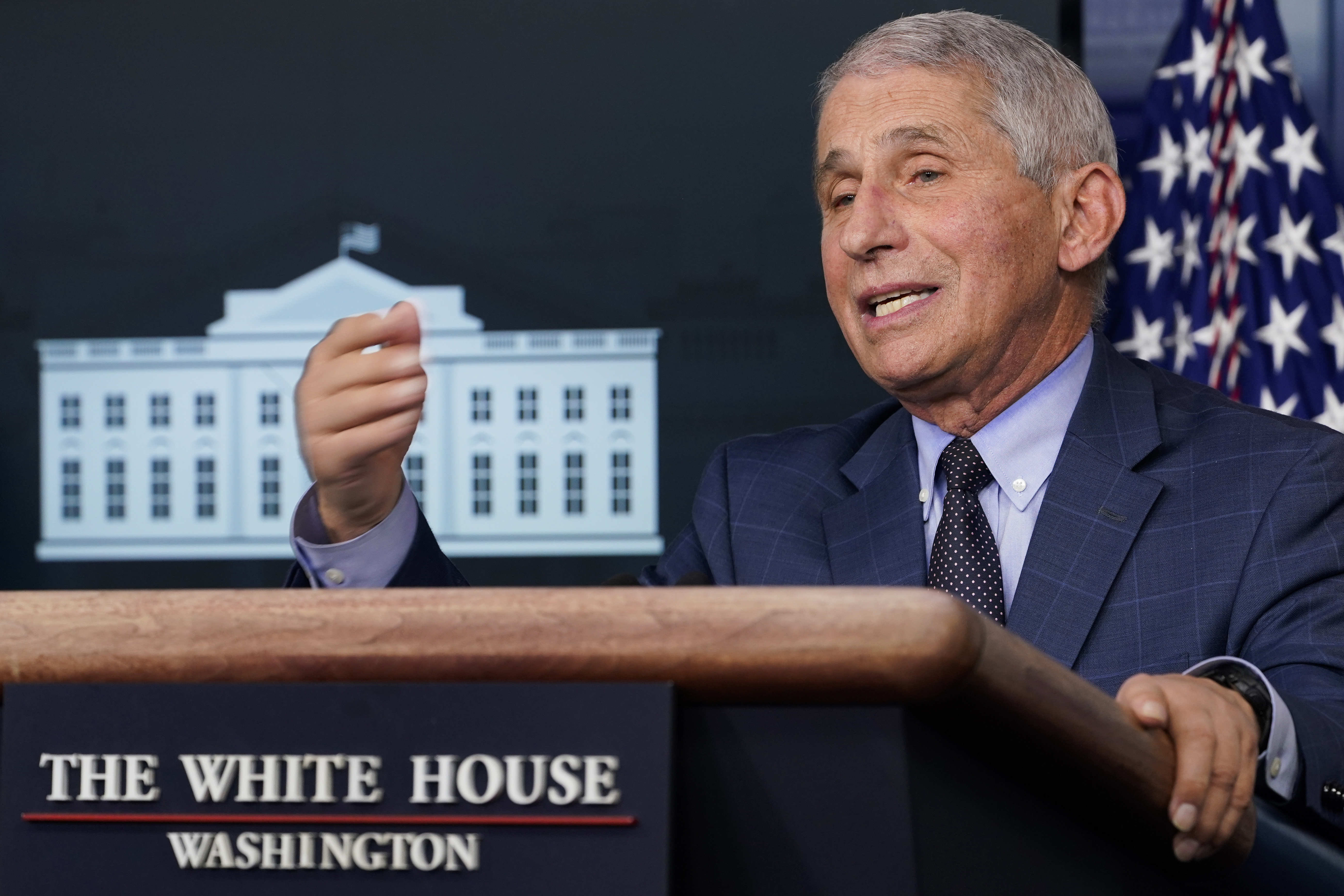 Dr. Anthony Fauci, director of the National Institute for Allergy and Infectious Diseases, speaks during a news conference with the coronavirus task force at the White House in Washington, Thursday, Nov. 19, 2020. (AP Photo/Susan Walsh)

(AP) – The nation’s top infectious disease expert said Sunday that the U.S. may see “surge upon a surge” of the coronavirus over the coming weeks, and he does not expect current recommendations around social distancing to be relaxed before Christmas.

“When you have the kind of inflection that we have, it doesn’t all of a sudden turn around like that,” Dr. Anthony Fauci, director of the National Institute of Allergy and Infectious Diseases, told ABC’s “This Week.” “So clearly in the next few weeks, we’re going to have the same sort of thing. And perhaps even two or three weeks down the line … we may see a surge upon a surge.”

Fauci also appeared on NBC’s “Meet the Press,” where he made similar remarks, adding that it’s “not too late” for people traveling back home after Thanksgiving to help stop the spread of the virus by wearing masks, staying distant from others and avoiding large groups of people.

“So we know we can do something about it, particularly now as we get into the colder season and as we approach the Christmas holidays,” he said.

The number of new COVID-19 cases reported in the United States topped 200,000 for the first time Friday. The highest previous daily count was 196,000 on Nov. 20, according to data from Johns Hopkins University.

Since January, when the first infections were reported in the U.S., the nation’s total number of cases has surpassed 13 million. More than 265,000 people have died.

Fauci said the arrival of vaccines offers a “light at the end of the tunnel.” This coming week, the Advisory Committee on Immunization Practices will meet with the Centers for Disease Control and Prevention to discuss a rollout of the vaccine, he said.

He added that President-elect Joe Biden should focus on distributing vaccines in an “efficient and equitable way.” Fauci also said he planned to push the new administration for a rigorous testing program.

“We’ve got to go beyond the symptomatic people and get a better understanding of the asymptomatic transmission,” he said.

Health care workers will likely be among the first to get the vaccine, and soon.

“We likely, almost certainly, are going to be vaccinating a portion of the individuals in the first priority before the end of December, and then as we get into January and February and March, more and more,” he said.

“So if we can hang together as a country and do these kinds of things to blunt these surges until we get a substantial proportion of the population vaccinated, we can get through this.”