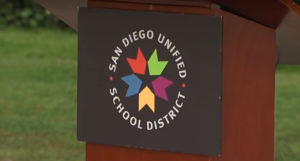 SAN DIEGO (KUSI) – The San Diego Unified School District’s COVID-19 vaccine mandate for students has been upheld by a federal appeals court, which lifted a temporary injunction it placed on the mandate last week.

“Today, the 9th U.S. Circuit Court of Appeals followed the San Diego Superior Court in denying an ’emergency’ attempt to halt the mandate. The 9th Circuit agreed San Diego Unified is acting in the best interest of students, as opposed to discriminating on the basis of religion, as the plaintiffs had claimed,” the district tweeted Saturday.

Today, the 9th U.S. Circuit Court of Appeals followed the San Diego Superior Court in denying an “emergency” attempt to halt the mandate.

“Students and their families are encouraged to visit the district’s COVID-19 Vaccine website for answers to frequently asked questions regarding the student vaccine mandate and details on opportunities to get vaccinated for free at school sites,” the SDUSD continued.

A 16-year-old Scripps Ranch High School student and her parents had sued to block the mandate on religious grounds.

In a separate legal challenge, a San Diego judge on Thursday denied a temporary restraining order request from the parents group Let Them Choose to block the mandate. The group said the mandate would harm unvaccinated children by excluding from the classroom, and sought to suspend enforcement of the district’s vaccine policy prior to Dec. 20, when all students over age 16 must receive their second vaccine dose.

Unvaccinated students 16 years or older will be required to take part in remote learning via independent study. By the start of the district’s second semester on Jan. 24, unvaccinated students will not be allowed to continue with in-person instruction unless they have an approved medical exemption.

While the district’s plan allows for medical exemptions to the mandate, it does not permit religious or personal belief exemptions.

San Diego Superior Court Judge John Meyer said that his denial of the request was in large part due to a late flurry of filings from Let Them Choose’s attorneys, which consisted of nearly 500 pages filed shortly before noon Wednesday, which the judge said he had not been able to review.

“I’m not going to have a hearing of this magnitude without looking at what was filed,” said Meyer, who scheduled another hearing for Dec. 20.

Attorney Mark Bresee, who represents the school district in the lawsuit, said in a statement, “This is obviously an important topic to many people, for many reasons. We are pleased that Judge Meyer took action to ensure that the matter is heard and decided soon, but with sufficient opportunity for the District and the Court to thoroughly address the legal claims before making a decision. He made the right decision.”