No wonder they were California Dreamin’ about Thursday’s flight home.

“I think all the players are happy about going back to LA, but obviously we have some games to win,” pitcher Hyun-Jin Ryu said through a translator after Wednesday night’s 4-2 loss to Boston dropped the Dodgers into a 2-0 World Series hole. “I think all the other players will be able to focus more and try to come back from this deficit.”

Fenway Park, at 106 the oldest big league ballpark, is crammed onto 9 acres in downtown Boston, the 37-foot-high Green Monster in left field a target for hitters and a terror for pitchers. 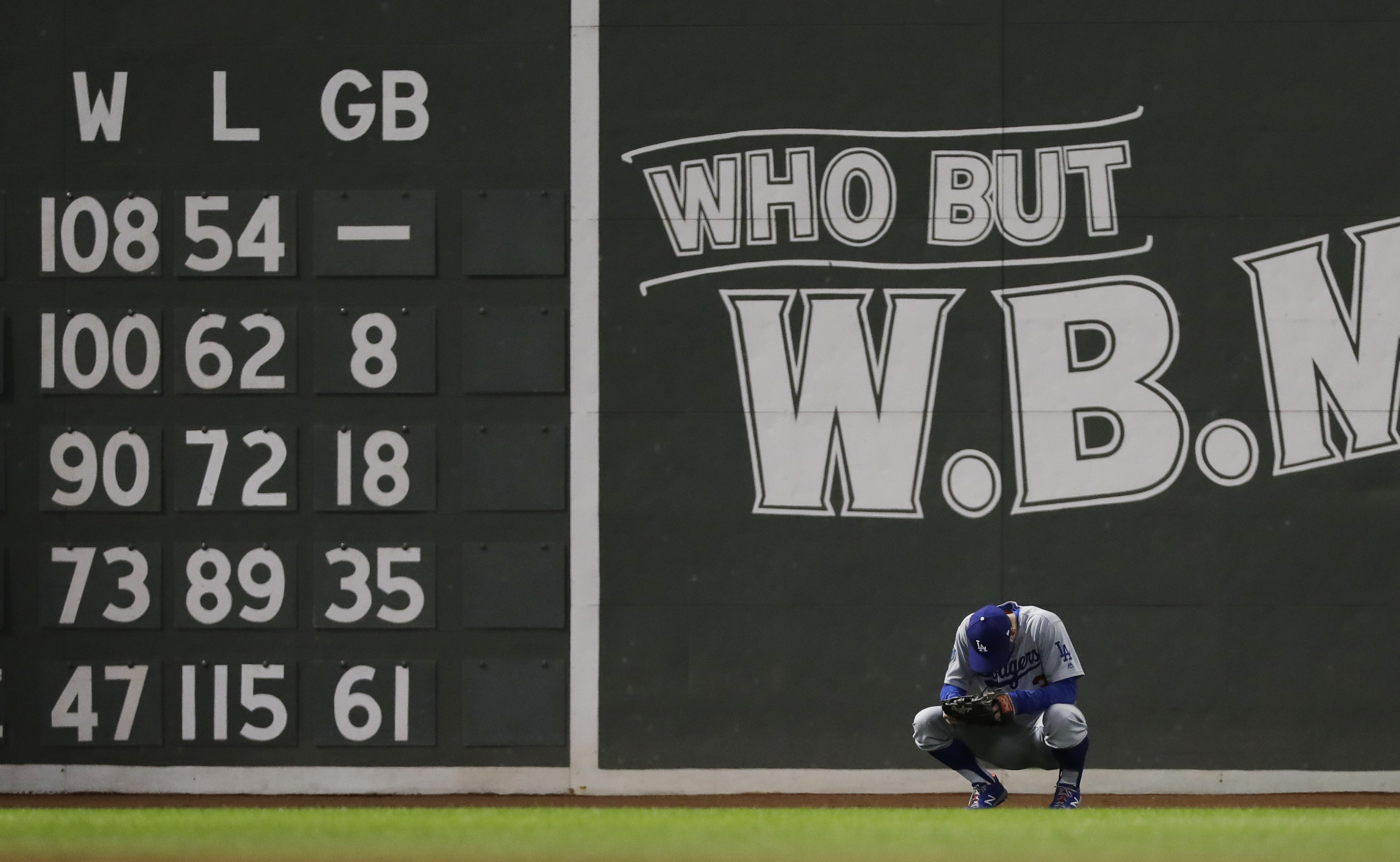 Dodger Stadium, a modern ballpark when opened in 1962 but now the third-oldest, sits atop 300 acres of land in Chavez Ravine near downtown Los Angeles, surrounded by tiered parking lots with palm trees beyond the fences and the San Gabriel Mountains shimmering in the distance.

While Fenway is urban tumult, Dodger Stadium symbolizes the sunny Californian way of life. But expect a pumped-up crowd for Game 3 on Friday, especially after Vin Scully’s recorded call of “It’s Time for Dodger Baseball!”

“It’s going to be warmer, and hopefully our bats get hot, too,” Cody Bellinger said .

Used to the balmy breezes at home and usually hospitable weather in the NL West, Los Angeles hadn’t started a game this year in a temperature below 58. Facing a 53-degree chill at the beginning of the opener, the Dodgers lost 8-4. It was just 46 in the first inning for Game 2, and the Dodgers’ bats were cold again — their last 16 hitters retired in order.

“This is the first time we’ve played in obviously weather like this — San Francisco a little bit, but nothing like this,” manager Dave Roberts said before the game. “So it’s an adjustment, and that’s part of the home-field advantage and especially being in the bullpen, where you have a little heater, but still have to kind of get hot and stay hot. It’s more of a challenge.”

No team has overcome a 2-0 Series deficit since 1996, when the Yankees lost twice at home to Atlanta before sweeping three games on the road and winning Game 6 in New York .

Ryan Madson was unusually open about how out of sorts the Dodgers were on late October nights in the Northeast.

“Last night in the bullpen, we had a couple of heaters going,” he said before Game 2. “It was warm out there, but to get up and move around, I didn’t feel as gummy as usual when it’s 75, 80 degrees. So I’m going to make that adjustment tonight, move around a little bit more. I’m going to tell the guys who didn’t pitch last night, just move around a little bit more than usual, move your knee joints. But maybe they’re young and they don’t feel it.”

Madson’s problem was the lack of movement on his pitches, as well as a changeup he threw for a wild pitch in Game 1. Brought in to relieve Ryu and protect a 2-1 lead with the bases loaded and two outs in the fifth a night later, he walked Steve Pearce and gave up a two-run single to J.D. Martinez before throwing a single off-speed pitch.

Dodgers pitching coach Rick Honeycutt was annoyed at the conditions experienced by his relievers in a bullpen just in front of the right field bleachers.

“Brutal. Pretty brutal,” he told Sports Illustrated. “What I don’t understand is why baseball allows it. You’ve got the rubber right there and people literally standing over you.”

Fenway’s frenzied fans benefit the Red Sox, a big league-best 57-24 at home during the regular season and 8-1 in the World Series since 2004.

“They live baseball 24 hours, seven days a week,” said Boston manager Alex Cora, who played for the Dodgers from 1998-04 and for the Red Sox from 2005-08. “They were into every pitch. Two strikes, they stood up. Madson came in and he was wild, and they were screaming and they were loud. Sometimes we take them for granted, honestly.”

When Los Angeles opened the Series at home last year, it was 103 degrees. A more temperate mid-80s is forecast for Friday, when rookie Walker Buehler starts against Rick Porcello in an attempt to spark a turnaround. With a right-hander on the mound for Boston, the Dodgers are likely to regain some of their power. Their top four home run hitters were benched in Boston: left-handed-batting Bellinger, Max Muncy and Joc Pederson along with switch-hitting Yasmani Grandal.

“We’re going to shuffle it up for Game 3, but it’s not because of necessarily performance, it’s kind of who the starting pitcher for those guys is,” Roberts said.

No matter what, Los Angeles will be unable to win its first title at home since 1963. But even if the Dodgers take at least two of three to force the Series back to Boston, they would still have to win at least once at quirky, noisy Fenway. There is no sign they can warm to the task.