SAN DIEGO (KUSI) – Gov. Gavin Newsom will head back to work Wednesday after receiving an overwhelming vote of confidence from the state’s voters in the attempt to recall him.

Statewide, the “no” votes topped the “yes” votes 63.9%-36.1% in Tuesday’s voting, with 100% of the state’s precincts reporting, according to figures released by the Secretary of State’s Office.

Every major network and news organization called the race over less than an hour after polls closed at 8 p.m. Tuesday.

In San Diego County, margins were closer — with 58.6% of ballots cast checked “no” and 41.4% checked “yes” to remove the governor. Of the “yes” votes, 45.1% wanted to see Republican radio talk-show host Larry Elder replace Newsom. 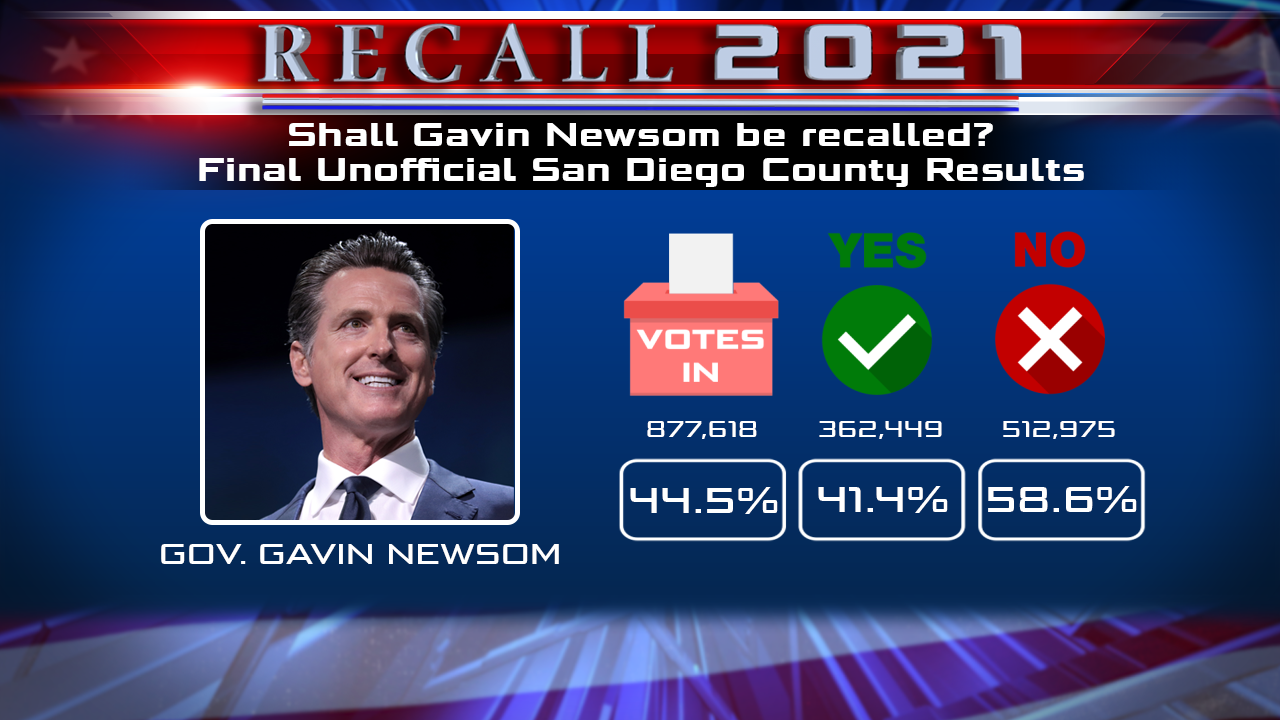 The recall ballot contained only two questions: should Newsom be recalled — removed — from office, and if so, which of the 46 candidates on the ballot or seven write-in candidates should replace him?

Newsom needed 50% or more voters to respond “no” to the first question to remain in office. With Newsom convincingly passing that mark, the second question was quickly deemed irrelevant.

Had things gone differently, Elder would have claimed the governor’s office. Elder drew 46.9% of the vote in the field of 46 replacement candidates, with Democrat Kevin Paffrath a distant second at 9.8% and Republican former San Diego Mayor Kevin Faulconer in third with 8.6%.

But here in San Diego County, the results for question two differed slightly from the statewide results. 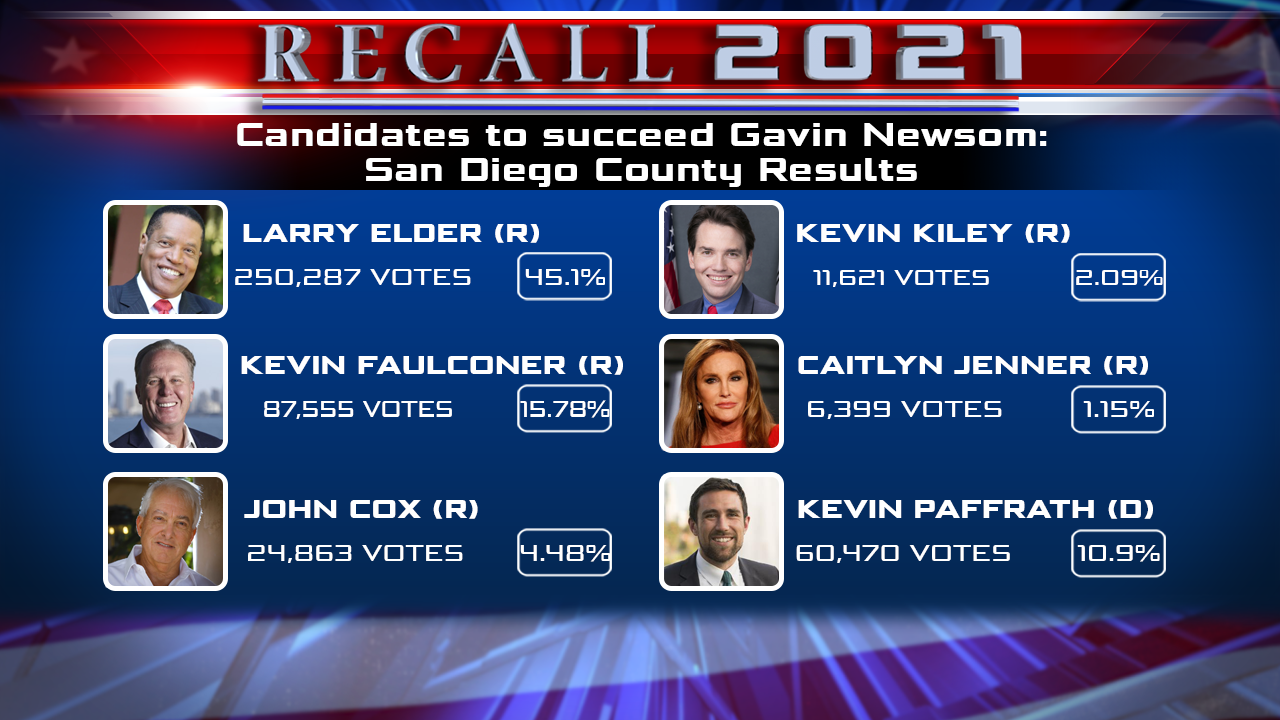 Despite these results, Supervisor Nathan Fletcher quickly branded the recall supporters as a “fringe minority.”

A fringe minority has now wasted $300 million dollars of taxpayer funds.
It is time to reform the recall. https://t.co/sEOUt5RbdC

More information on the recall election can be found here: www.sdvote.com