SOLANA BEACH, Calif. — A fire raged Tuesday evening in units at the Del Mar Beach Club in Solana Beach and caused the roof of a building to collapse.

Firefighters responded to the condominium complex near South Sierra Avenue and Pacific Surf Drive about 9 p.m., and found flames had spread from ground floor units to the roof of the complex, according to Chief Mike Stein of the Encinitas Fire Department, which serves Solana Beach.

All five units in the building were evacuated, Stein said. The exact number residents evacuated was unknown.

Some streets in the area were closed while firefighters worked to extinguish the blaze, the San Diego County Sheriff’s Department said.

No injuries were immediately reported.

No other information was available.

BREAKING: Structure fire in Solana Beach at 760 Pacific Surf Dr. All nearby condos have been evacuated https://bit.ly/2qRqjzn. 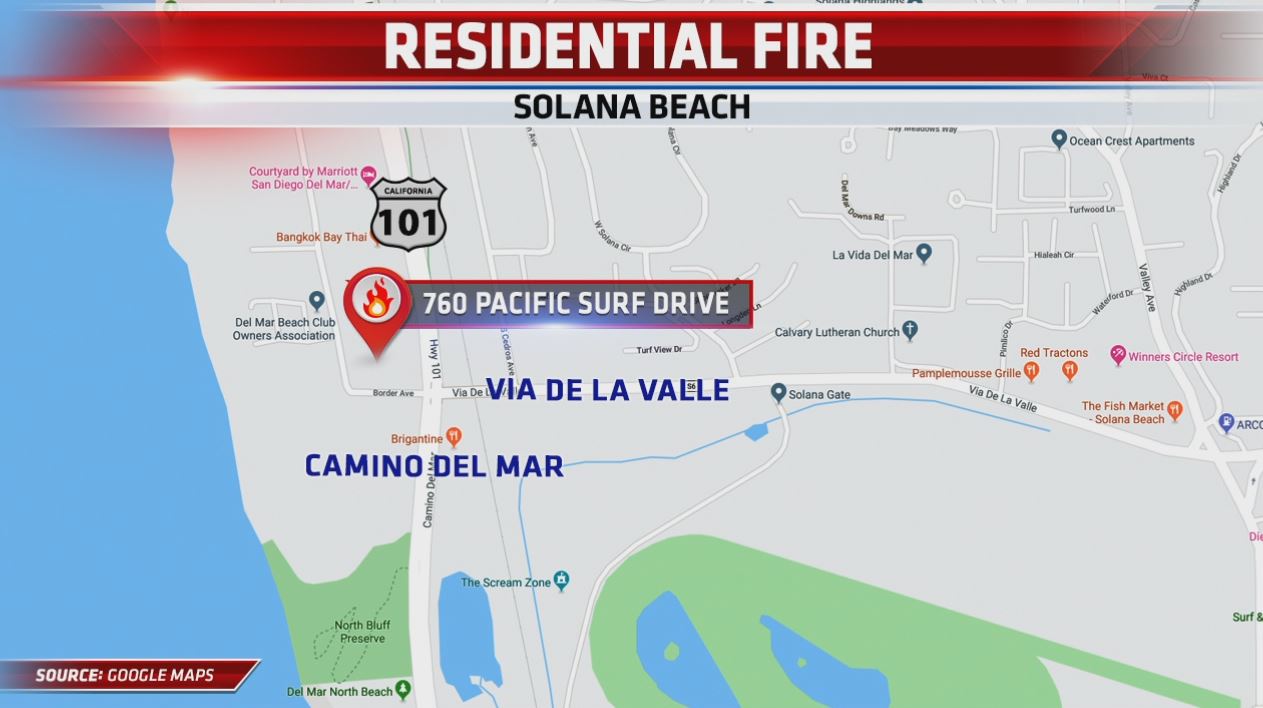 DEL MAR BEACH CLUB FIRE: Numerous units were evacuated after a fire broke out in a Solana Beach condo. The 3-alarm blaze is believed to have started at the ground level & ripped through the attic. Luckily, no injuries were reported. The Red Cross is helping those displaced. pic.twitter.com/4O4j0JjTtZ