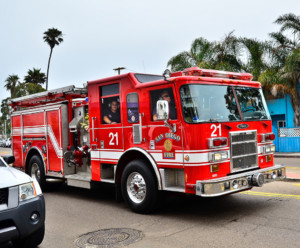 SAN DIEGO (KUSI) – A person who was unable to walk was rescued Sunday from a canyon in the Mission Hills neighborhood, fire officials said.

A call about a person trapped in a canyon at 4033 Dove Street off West Washington Street was received at 7:47 a.m. Sunday, according to Battalion Chief David Pilkerton of the San Diego Fire-Rescue Department.

The  person was rescued from the canyon at 8:17 a.m., Pilkerton said, and taken by ambulance to UC San Diego Medical Center.

The condition of the patient was not immediately released.