SAN DIEGO (KUSI) – A passenger flown to Marine Corps Air Station Miramar from Wuhan, China, was confirmed Monday by the Centers for Disease Control and Prevention to have the deadly coronavirus.

The CDC is conducting a thorough contact investigation of the person to determine contacts and to assess if those contacts had high-risk exposures, according to Ana Toro, a CDC public affairs officer.

The case is the 13th coronavirus in the United States and seventh in California. Los Angeles and Orange counties both have one confirmed patient.

The patient was aboard an initial flight of 167 evacuees from the Wuhan area who landed at Miramar last Wednesday. Later that day, health officials said four of the passengers had been taken to hospitals after displaying potential symptoms of the illness — two adults to UC San Diego Health and a 4-year-old girl and an adult to Rady Children’s Hospital.

The two patients taken to Rady were later cleared and returned to Miramar to continue a 14-day quarantine. Another person from the flight was hospitalized the following day at UCSD for observation.

On Friday, a second plane carrying 65 people from Wuhan arrived at Miramar, and two of them were later hospitalized for observation, authorities said. One adult was taken to UCSD Health and a child was taken to Rady Children’s Hospital.

Nearly 200 Americans arrived at March Air Reserve Base in Riverside on Jan. 29 and are quarantined there after being evacuated from Wuhan. That quarantine period is scheduled to end Tuesday.

“On Sunday, February 9, U.S. Centers for Disease Control and Prevention (CDC) officials informed San Diego Public Health that all four patients being evaluated for 2019-nCoV at UC San Diego Health had tested negative for the virus. This information was shared with UC San Diego Health, and at the CDC’s direction, the four patients were discharged and returned to federal quarantine at MCAS Miramar.

This morning, CDC officials advised San Diego Public Health that further testing revealed that one of the four patients tested positive for 2019-nCoV. The confirmed positive patient was returned to UC San Diego Health for observation and isolation until cleared by the CDC for release.

One additional patient from MCAS Miramar was transported to UC San Diego Health this afternoon for evaluation for 2019-nCoV. As per CDC instruction, patients being evaluated will remain admitted until the test results are confirmed by the CDC.

Both patients are doing well and have minimal symptoms.

The safety and welfare of our staff and patients remains our number one priority.” 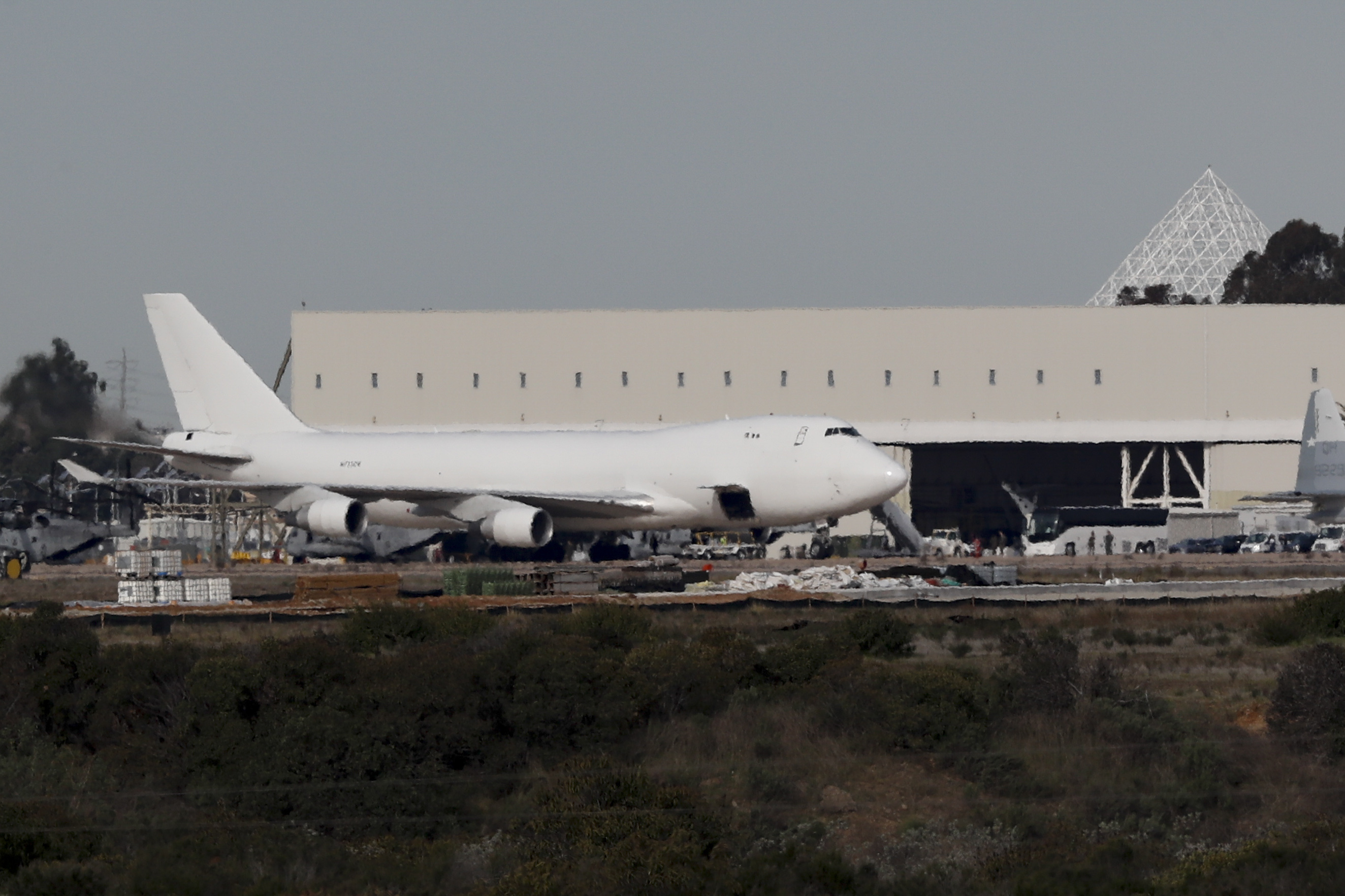 A plane carrying evacuees from the virus zone in China arrives at Marine Corps Air Station Miramar Wednesday, Feb. 5, 2020, in San Diego. One of two jets carrying Americans fleeing the virus zone in China landed Wednesday morning at Miramar after first landing at an Air Force base in Northern California. The passengers are scheduled to be quarantined at the Southern California military base, officials said. (AP Photo/Gregory Bull)