WASHINGTON (AP) — Melania Trump drew parallels Wednesday between her youth welfare initiative and a group of women from around the world whom the State Department has recognized for acts of courage in their countries.

Although the “Be Best” initiative was designed for children, the first lady said the program “ties nicely into the accomplishments of the women who share the stage with me.”

“Without positive support, guidance and well-being, which are just some of the attributes today’s children need, they will not enter adulthood with the empathy and strength needed to help others as selflessly as the women here today,” Mrs. Trump said at the annual State Department ceremony.

One recipient was imprisoned in Syria and now helps families of forcibly disappeared Syrians. Another is the mayor of Maidan Shar, a town in Afghanistan’s conservative Wardak province, who has faced death threats and angry male mobs. Other recipients are journalists and human rights advocates.

Mrs. Trump noted that Wednesday was her fourth year attending the ceremony. She said she is inspired by the personal stories of each of the women, noting that they often risk their safety to help others.

“These are the faces of true heroism,” she said. 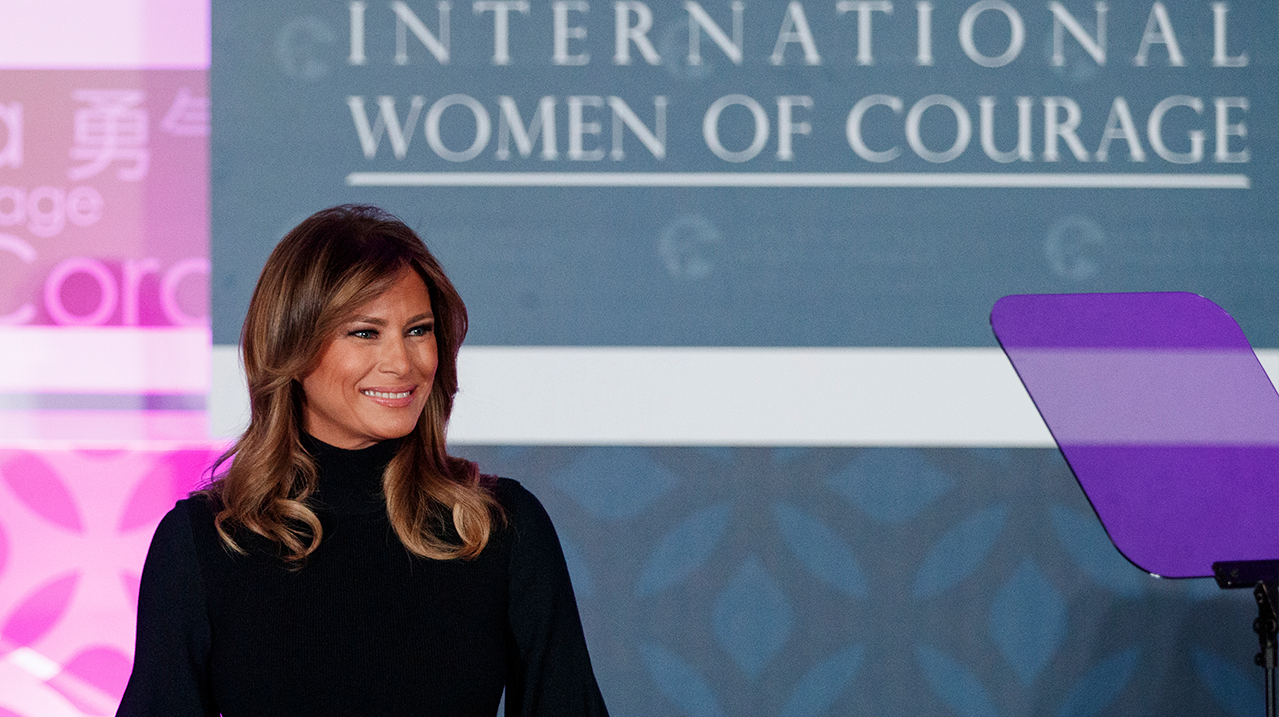 First lady Melania Trump looks to a teleprompter as she pauses while speaking during the 2020 International Women of Courage Awards Ceremony at the State Department in Washington, Wednesday, Feb. 4, 2020. (AP Photo/Carolyn Kaster)