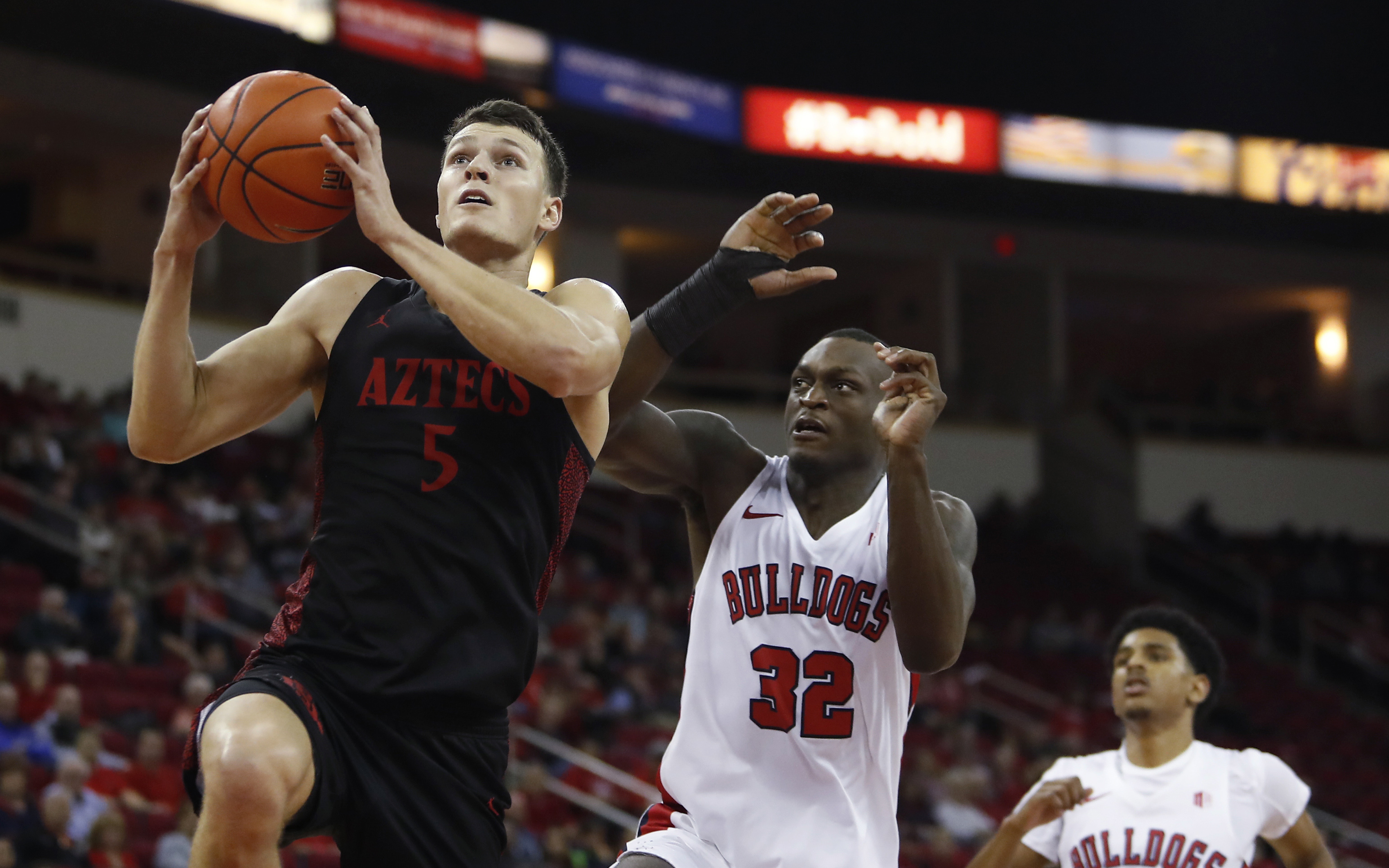 FRESNO, Calif. (AP) — San Diego State won’t make any scoring highlight reels with games like its one against Fresno State, yet the Aztecs might make it deep into the NCAA Tournament.

In a contest in which they had no 3-point game, the No. 7 Aztecs relied on a suffocating defense to shut down Fresno State 64-55 on Tuesday night.

“I was leaving the hotel (earlier) and saw Clemson beat Duke on the road,” Aztecs coach Brian Dutcher said. “I told these guys, ‘Everyone knows you’re ranked and they bring their best effort. Enjoy every one of them. What you’re doing is not easy. Winning on the road is the hardest thing in basketball. Your perfect record on the road is unheard of.”

San Diego State hasn’t been 18-0 since the 2013-14 team advanced to the Sweet 16. The Aztecs experienced just their fifth victory by single digits, due in part to an offense that missed 15 of 18 3-point attempts and had no offensive rebounds in the first 30 minutes.

“Both teams did a good job on defense,” said guard Malachi Flynn, who led all scorers with 20 points. “They did a really good job of making us make shots.”

If you missed tonight's 64-55 victory over Fresno State, here are the highlights and some more info from the game.
Recap: https://t.co/tSPcKEnMAX
Stats: https://t.co/nI6O5Ue7vw
Notes: https://t.co/EIuVMo9i8F#GoAztecs pic.twitter.com/dJ7Dq7g9hu

San Diego State: The Aztecs led the entire second half, avoiding an upset loss to the seventh-place Bulldogs, who had won seven of the previous 10 games in the series, including four of the past five at the Save Mart Center. The victory gave San Diego State the series sweep and extended its conference lead to two games over New Mexico and UNLV.

Fresno State: The Bulldogs dropped to 1-5 in conference play for the first time since the 2012-13 season. The Bulldogs welcomed junior starters Nate Grimes (wrist) and Noah Blackwell (knee) back to the lineup, with limited results. The juniors combined for six points in 49 minutes.

San Diego State: Hosts Nevada on Saturday. Nevada has not win at Viejas Stadium in the past six tries in conference play.