MISSISSIPPI (KUSI) — Friends and family have identified Wednesday eight of the 16 servicemembers killed in a fiery KC-130 tanker crash in Mississippi, including one with ties to San Diego.

Capt. Sean Elliott, 30, was one of 15 marines killed when a plane crashed into a soybean field in Mississippi Monday. A Navy corpsman was also killed. 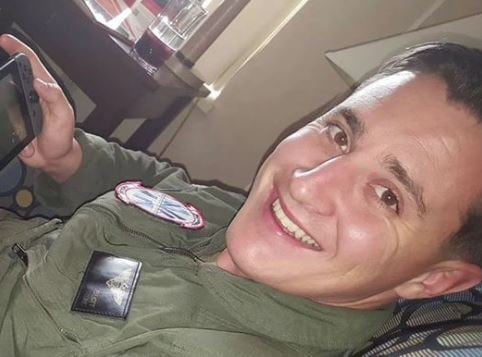 Elliott — who was stationed at Stewart Air National Guard Base in Newburgh, New York — was once assigned as the operations duty officer at Marine Corps Air Station Miramar. His wife, Catherine posted on Facebook calling him "My forever hero."

Debris from the KC-130 tanker was scattered for miles and witnesses described seeing black smoke spewing from the spiraling plane before it crashed into a soybean field about 85 miles north of Jackson. One witness said some bodies were found more than a mile away.

The flight took off from Marine Corps Air Station Cherry Point in North Carolina and was heading to Naval Air Field El Centro in California and was carrying members from a Newburgh, New York-based reserve squadron.

A Marine Corps spokesperson told the Associated Press no foul play was suspected in the crash. The Federal Bureau of Investigations was aiding the Marine Corps as the investigation continued.

The aircraft, a KC-130, is one of the most used planes in the military. It can be modified to be used for carrying cargo, transporting troops or carrying out inflight refueling, according to CNN.

Capt. Sean Elliott — who was stationed at Stewart Air National Guard Base in Newburgh, New York — was once assigned as the operations duty officer at Marine Corps Air Station Miramar. His wife, Catherine posted on Facebook calling him "My forever hero."

Family members and friends say Baldassare described him as being a patriot.

‘He was a patriot and all he wanted to do was serve our country. Everyone had a lot of respect for Dan,’ Ryan McGowan told PIX 11

Kevianne joined the Marines in 2009 because he wanted to protect and defend the country, his brother Carlo Kevianne told the Detroit Free Press.

‘The Marines knocked on my mother’s door at 2 this morning,’ Carlo Kevianne said.

His father, Kevin Johnson, said that his son was set to retire from the Marines next year.

‘He was a very gentle person. He loved the outdoors,’ Kevin Johnson told WCAX.

Snowden worked as a flight engineer on the KC-130 that crashed and was preparing to celebrate his 32 birthday on July 22, NBC Dallas reported.

Joe Murray is married to Gayle, 25, and they have four kids together, Judah, Micah, Isaac and Annabelle.

Talon Leach, who was married to Sara Leach, 26, leaves behind his wife and parents, Denise and Tab, from Fulton, Missouri.

SSGT William ‘Billy’ Kundrat, from Frederick, Maryland, the son of retired SgtMaj Joe Kundrat, was married to his high school sweetheart Ashley, 33, with whom he had two kids Ethan & Aleah.

Mark Hopkins, a married father of Montgomery, New York, was another victim of the tragic crash.