Friars Road to be closed at Highway 163 this weekend

SAN DIEGO (KUSI) – Friars Road will be shut down for 36 hours this weekend where it crosses State Route 163 in Mission Valley.

Caltrans officials are warning the public that both directions of Friars Road, between Ulric St. and Frazee Road, will be shut down from Saturday, Oct. 19, at 5 p.m., to 5 a.m. on Monday, Oct. 21.

It’s part of the $40 million “interchange improvement project” in which Friars is being expanded from three lanes to four in both directions, and a southbound 163 auxiliary lane has been added north of Friars. Sidewalks, bike lanes and freeway ramp modifications are also part of the project.

Some of the money used for the project comes from the much talked about Transnet Tax, which was approved by voters in 2004 to improve roads.

“There is some Transnet money in here for sure, so taxpayers can see their tax dollars at work,” said Caltrans Project Director Everett Townsend.

This weekend is phase one of a three-part road project. The combined cost for the other two phases is estimated at $71 million, according to Caltrans. 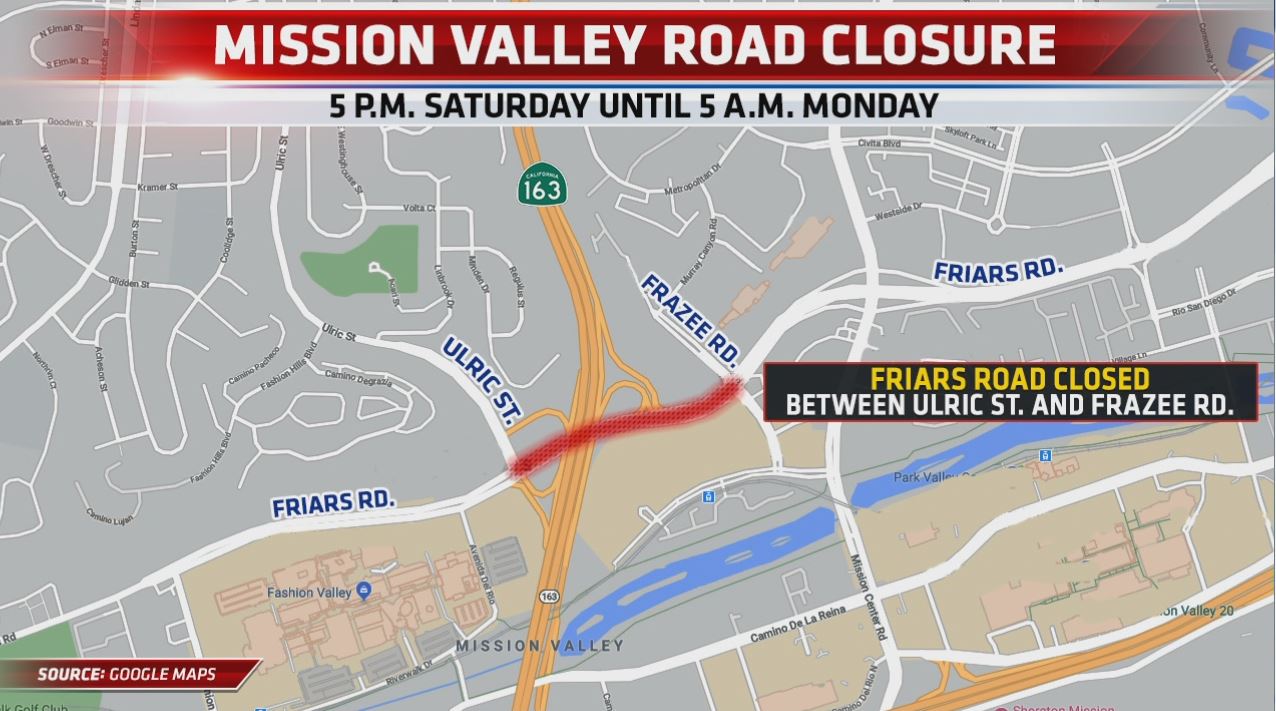