Gallup has been measuring U.S. adults’ use of face masks since early April and has found nearly nine in 10 say they have used one in the past week. Yet, new data on how often masks are being used reveals that less than half of Americans wear masks everytime they are in public unable to social distance. 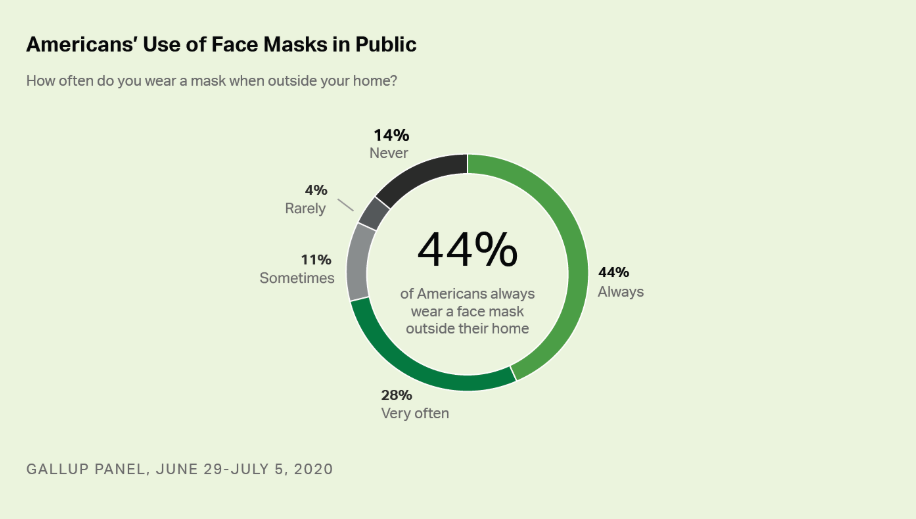 The majority of women (54%), Democrats (61%), Northeasterneres (54%), and those with household incomes under $36,000 (51%), say they always wear a mask when they leave their homes. But, the majority in each of these groups say they wear a mask in public “very often.”

Gallup reports, “the one exception is Republicans, among whom a majority say they wear masks infrequently — either sometimes (18%), rarely (9%) or never (27%). Although President Donald Trump has been reluctant to wear one in public, other Republican leaders have come out in support of using them.”

The full Gallup poll can be read here.