HONOLULU (AP) — If you got incessant phone calls last week from a hospital that cares for Hawaiian monk seals, you were butt-dialed.

Marine mammal veterinarian Claire Simeone was at lunch when she got a call from Ke Kai Ola, the Big Island hospital where she’s director. There was silence on the other end. Nine more silent calls followed. Fearing a seal emergency, she rushed back.

She wasn’t the only one getting calls, and people started asking why the hospital was calling non-stop.

Trying figure out why a “bazillion” calls were made from one line, she called the phone company and a rep tried to talk her through finding a possible line on the fritz. She walked into a lab and found the culprit. The gecko was perched on a phone, making calls to everyone in the recent call history with “HIS TINY GECKO FEET,” she wrote in a Twitter thread the next day, detailing the saga.

Social media delighted in the tale and some people offered jokes about a certain company’s gecko calling to save you money on your car insurance. 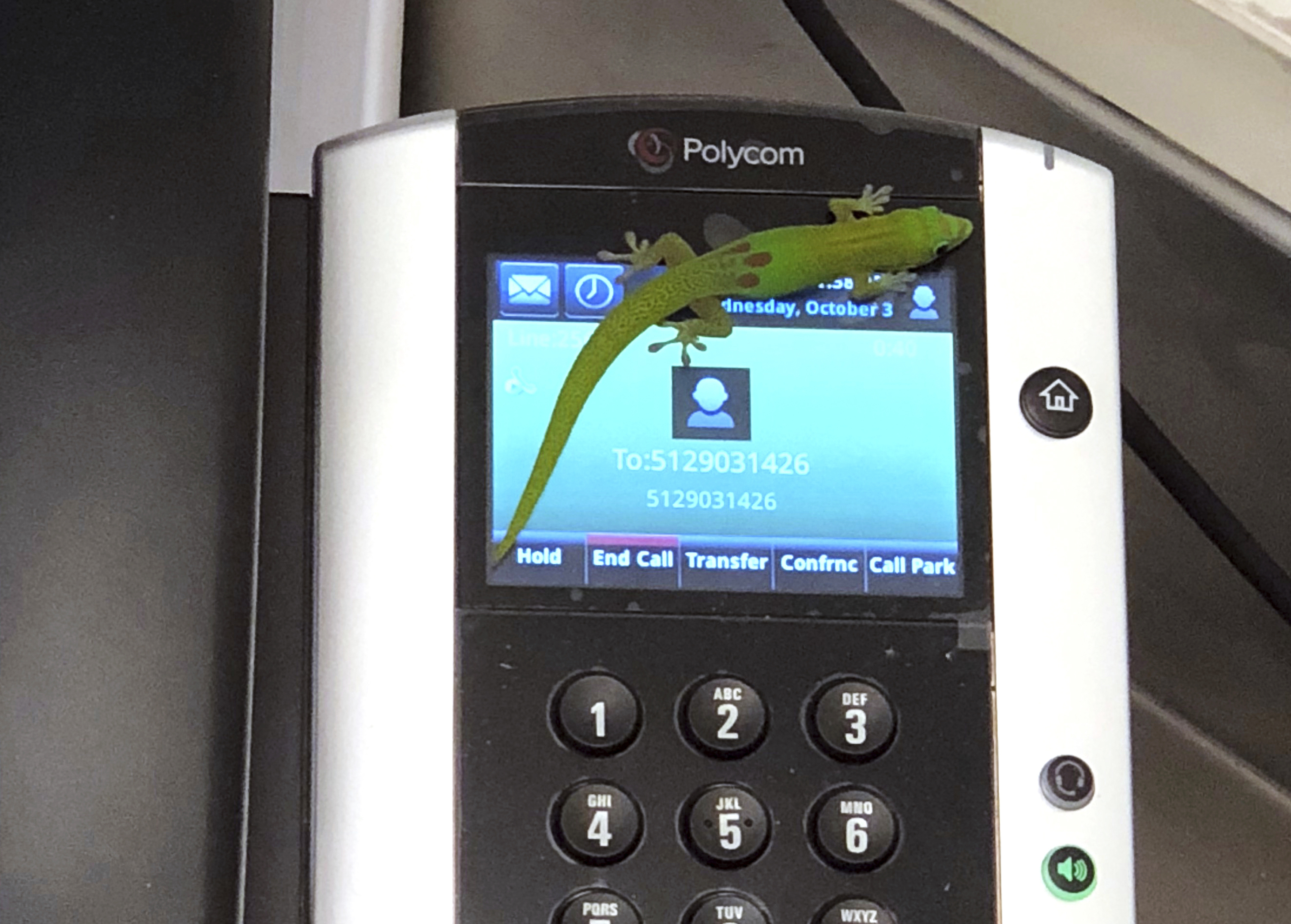 After discovering the mystery caller, Simeone caught the gecko and put it outside on a plant, she said Tuesday.

“If there’s a little gecko that helps us share the story of conservation, then that’s a win,” she said of the work she does caring for the endangered seals. “I think people needed a little pick me up with the news cycle.”