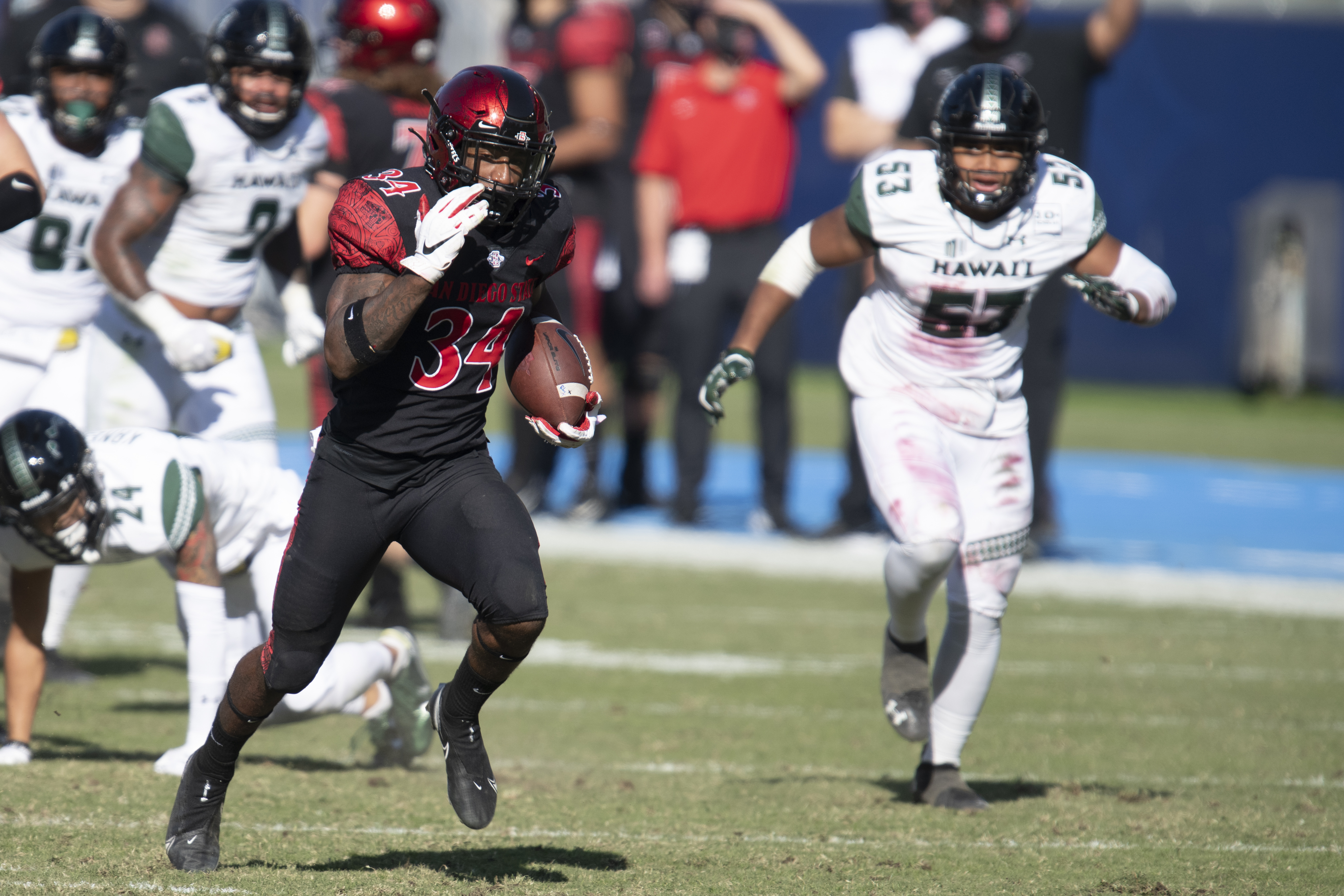 San Diego State running back Greg Bell, left, sprints for a touchdown during the first half of an NCAA college football game against Hawaii Saturday, Nov. 14, 2020, in Carson, Calif. (AP Photo/Kyusung Gong)

The Aztecs (3-1, 3-1 Mountain West), coming in ranked seventh in the FBS at 265 yards rushing per game, kept their offense on the ground with 326 of their 356 total yards. Carson Baker was only 4-of-13 passing for 30 yards and two interceptions but the Aztecs still snapped a two-game losing streak to the Rainbow Warriors (2-2, 2-2).

Jordan Byrd went around the left side for a 61-yard score before Bell added his 62-yarder up the middle for a 14-0 first-quarter lead. A fumbled punt set up Bell’s 3-yard score and Segun Olubi returned an interception 29 yards for a 28-0 halftime lead.

The Aztecs had seven sacks led by Jonah Tavai with two.

Chevan Cordeiro threw for 209 yards with a 75-yard score to Calvin Turner in the fourth quarter. He was intercepted once. Turner had 116 yards receiving.

No fans were in attendance.

The latest on the recall election with Tom Del Beccaro

The latest on the recall election with Tom Del Beccaro