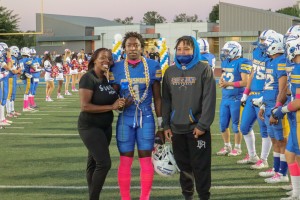 The Grossmont Foothillers snapped a 5-game losing streak in a 24-14 win over the Granite Hills Eagles on Friday night.  After starting the 2021 season off 2-0, the Foothillers dropped 5 straight losses, but that didn’t stop them from pulling off an exciting win on senior night and to start off the league season. 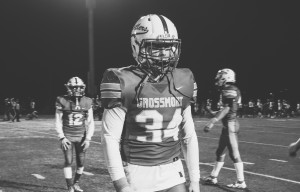 They were led by CB Joseph Benavente, LB Ryan Odom and the rest of the Foothillers defense who as a unit acquired 6 turnovers and at least 3 sacks. The ‘Hillers defense only gave up 2 touchdowns, 1 in each half, both of which were short runs.

Granite Hills’ RB Joaquin Thomas Jr. claimed the first points of the game on a 3 yard touchdown run in the 2nd quarter, but both teams were held silent in points the rest of the 1st half. After entering the locker room at halftime down 7-0, the ‘Hillers’ ATH Thomas Warsaw tied things up in the 3rd quarter. The following drive,  Eagles’ RB Corey Thompson-Miller stole the lead back on a 4 yard run up the middle.

After Thomson-Miller’s score, the Foothillers outscored the eagles 17-0. The ‘Hillers defense was on point securing 2 of their 6 turnovers, 1 of which being a game sealing interception in the endzone by Grossmont’s LB Brennan Sanders.

Securing this win gives the Foothillers a chance to earn their first league title since 2005. They will travel to Helix next week to take on the Highlanders.