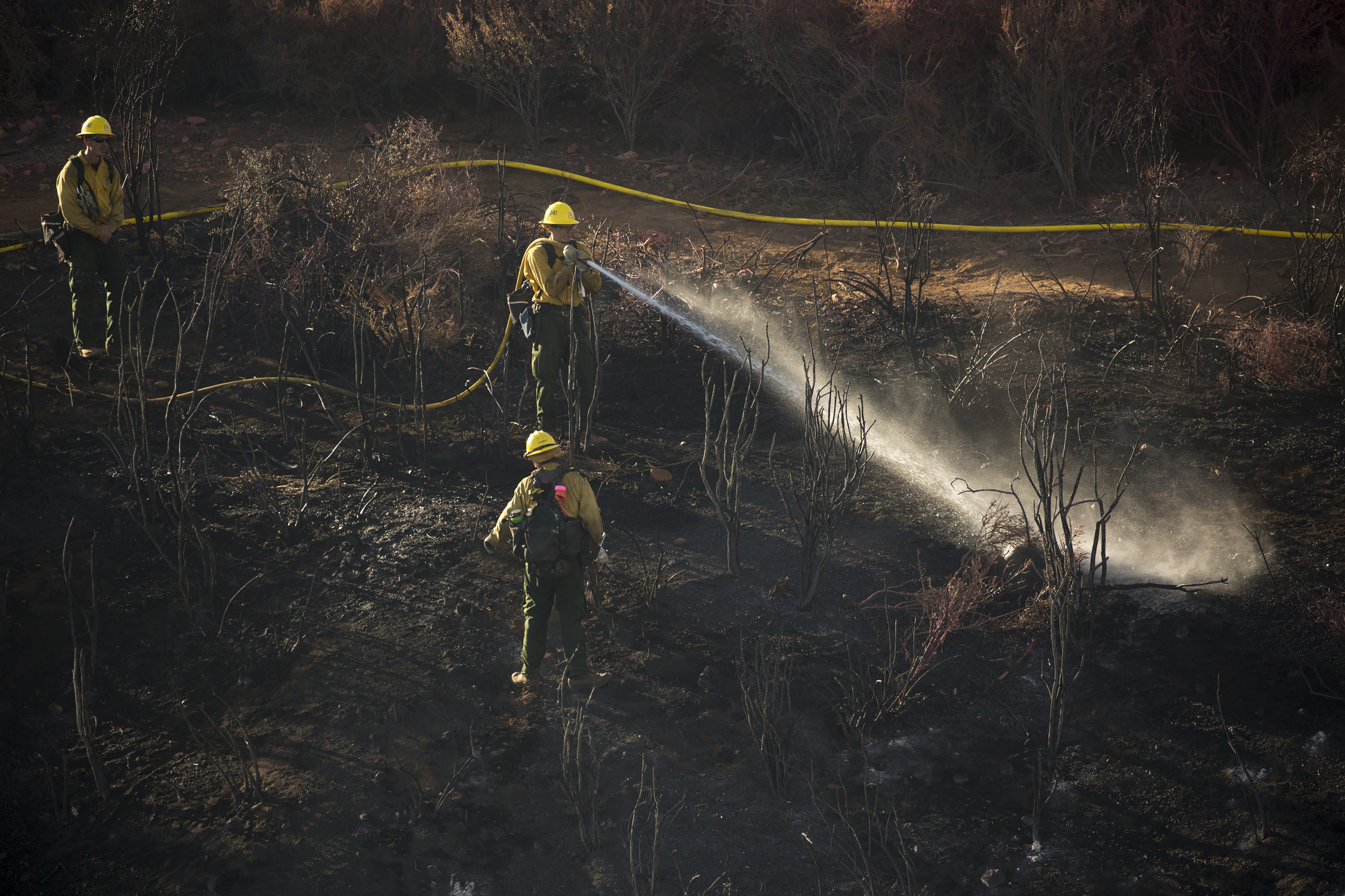 BANNING, Calif. (AP) — Thousands of people were under evacuation orders Sunday after a wildfire in mountains east of Los Angeles exploded in size as crews battled flames in triple-digit heat.

The fire in Riverside County consumed more than 31 square miles (about 80 square kilometers) of dry brush and timber, according to the California Department of Forestry and Fire Protection.

There was zero containment at midday. The cause was under investigation.

Officials allowed flames to run up the side of Mount San Gorgonio, an 11,000-foot (3,350-meter) peak, because it wasn’t safe to let crews work in such steep, rugged terrain, said Lisa Cox, a spokeswoman for the U.S. Forest Service.

“We don’t want to put firefighters in a dangerous situation,” Cox told the Riverside Press-Enterprise. “It’s burning in a straight line up a mountain.”

The blaze began as two adjacent fires reported Friday evening in Cherry Valley, an unincorporated area near the city of Beaumont about 85 miles (137 kilometers) east of downtown Los Angeles.

Flames leapt along brushy ridge tops and came close to homes while firefighters attacked it from the ground and air.

One home and two outbuildings were destroyed, Cal Fire said. No injuries were reported.

Evacuation orders and advisories were issued for about 8,000 people in mountain, canyon and foothill neighborhoods. Campgrounds and hiking trails were closed in the San Gorgonio Wilderness area of the San Bernardino National Forest.

A huge smoke plume was visible for miles around and contributed to poor air quality.

The mercury hit 109 degrees (43 Celsius) Sunday in nearby Palm Springs. The National Weather Service said “dangerously hot conditions” were expected to continue because of high pressure over much of Southern California.

To the north, the Pond Fire in San Luis Obispo County was 10% contained Sunday after burning more than 2 square miles of (6 square kilometres) brush east of Santa Margarita. The blaze destroyed two structures but officials said it was unclear whether they were homes.

How working parents are adapting their children to distance learning