Homicide victim whose body was found buried in Fallbrook ID’d 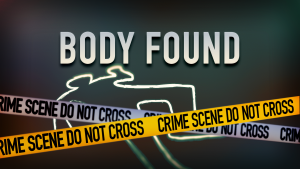 SAN DIEGO (KUSI) – Authorities Wednesday released the name of a homicide victim whose body was found buried two weeks ago on a residential property in Fallbrook.

Deputies unearthed the remains of 56-year-old Robert Pierce on July 14 while investigating a “suspicious circumstance” in the 400 block of South Ridge Drive, according to sheriff’s officials.

Two days later, the man who owns and lives on the property, Nicholas Andrew Burg, 29, was arrested in Murrieta on suspicion of killing the then- unidentified victim, Lt. Thomas Seiver said.

Last week, Burg pleaded not guilty to a murder charge and other criminal counts in the case. At the time, Pierce was still officially listed as a “John Doe.”

The San Diego County Medical Examiner’s Office subsequently identified the victim, who was believed to have been killed July 12 or the following day.

Authorities have declined to provide further details about the case, including what led investigators to the site where Pierce’s body was discovered, his cause of death and any suspected motive for the alleged slaying.

In addition to murder, Burg is charged with shoplifting, auto theft and possession of a stolen vehicle for crimes allegedly committed on July 13 and 14. He faces 33 years to life in state prison if convicted of all charges.

Burg remains in custody without bail.