House to vote on restraining Trump’s actions against Iran 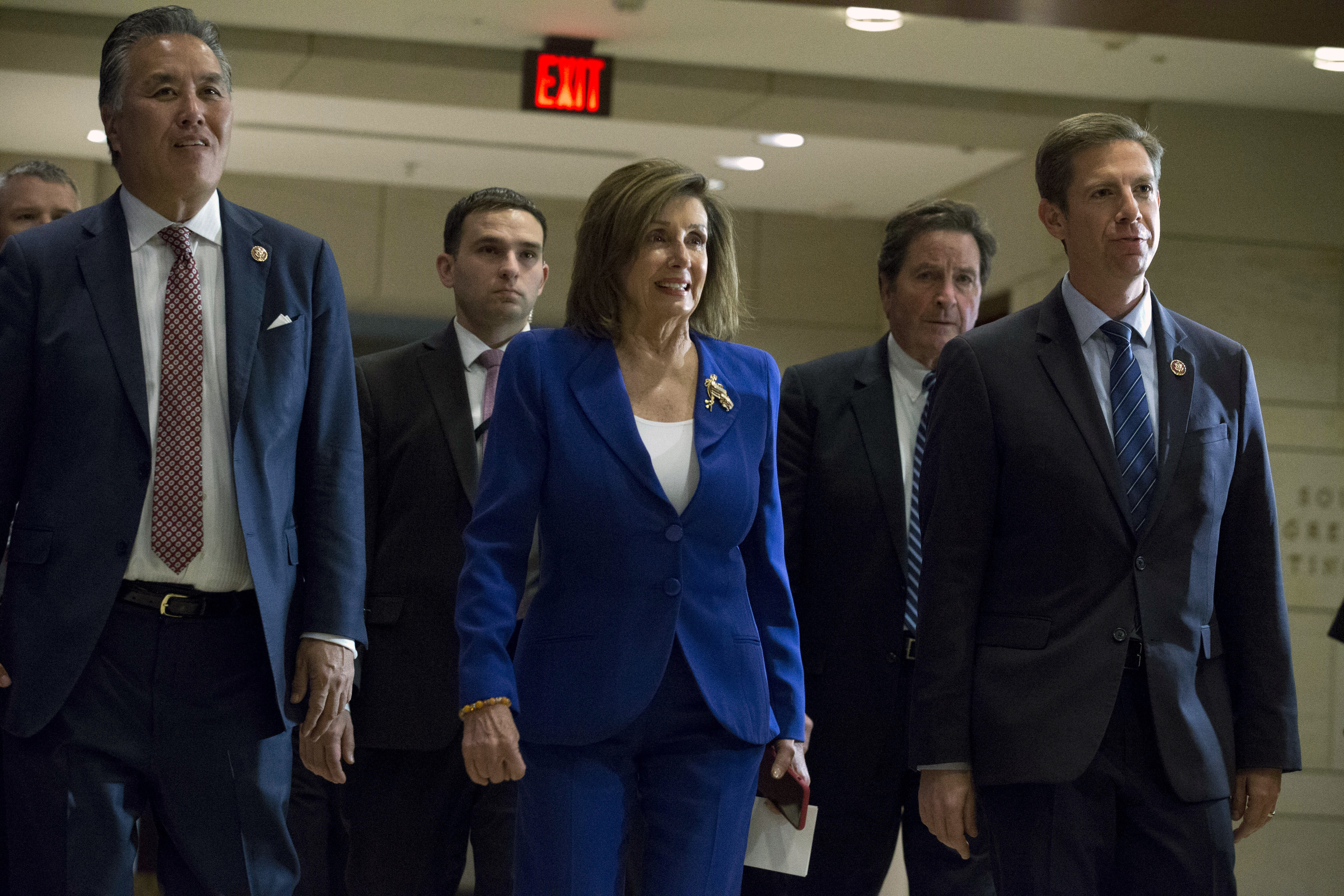 WASHINGTON (AP) — The House will vote Thursday on a measure limiting President Donald Trump’s ability to take military action against Iran as Democratic criticism of the U.S. killing of a top Iranian general intensified.

The administration briefed lawmakers on Wednesday on its actions in Iran. Democrats and at least two Republicans expressed dissatisfaction with the briefings. Democrats said the administration didn’t provide enough evidence that Soleimani posed an imminent threat warranting the U.S. strike.

Vice President Mike Pence, speaking in Thursday morning television interviews, said Soleimani “was traveling the region making plans to bring an attack against American personnel and American forces.” He said it was not possible to share full details of the intelligence with lawmakers.

“When it comes to intelligence we have to protect sources and methods, there’s only certain amount we can share with every member of Congress,” Pence said on ABC’s “Good Morning America.” “But those of us who have seen all the evidence know that there was a compelling case of imminent threat against American personnel.”

It was unclear whether Thursday’s House vote would be a step toward binding Trump’s hands on Iran or a symbolic gesture of opposition by Democrats.

Republicans say the proposal — a special type of resolution that does not get the president’s signature — does not have the force of law. Democrats say that under the 1973 War Powers Act, it would be binding if also approved by the Senate. The matter has not been definitively decided by federal courts.

On Twitter Thursday, Trump urged House Republicans to vote against the resolution. And John Bolton, his former national security adviser, insisted the war powers resolution is unconstitutional. “It reflects a fundamental misunderstanding of how the Constitution allocated foreign affairs authority between the president and Congress,” he tweeted Thursday. “The resolution should be repealed.”

The House vote was scheduled shortly after a briefing on Iran Wednesday by top administration officials that many Democrats criticized as lacking specific justification for the killing. Iran retaliated early Wednesday local time by launching missiles at two military bases in Iraq that house American troops. No casualties were reported.

“Members of Congress have serious, urgent concerns about the Administration’s decision to engage in hostilities against Iran and about its lack of strategy moving forward,” Pelosi said in her statement.

“Congress hereby directs the President to terminate the use of United States Armed Forces to engage in hostilities in or against Iran or any part of its government or military” unless Congress declares war on that country or enacts legislation authorizing use of force to prevent an attack on the U.S. and its forces, the five-page resolution says.

“I think it’s extremely important that we as a country, if we are going to — either intentionally or accidentally — slide into war, that we have a debate about it,” said freshman Rep. Elissa Slotkin, D-Mich., the measure’s sponsor. Slotkin is a former CIA analyst and Pentagon official who served in Iraq.

“I want to understand … what’s your strategy?” she said, referring to the Trump administration. “How do you know you’re succeeding and not just escalating us into something more and more dangerous? We are owed concrete, specific details on strategy.”

The showdown between the White House and Capitol Hill was the latest example of Trump’s willingness to break the norms in Washington. Trump did not consult with congressional leaders ahead of the attack that killed the Iranian general and afterward sent Congress a notification explaining the rationale, but kept it classified.

Congress has allowed its war powers role to erode since the passage of Authorization for Use of Military Force in 2001 to fight terrorism after the 9/11 attacks, and passage of another AUMF for the invasion of Iraq in 2002.

Fallout from those votes deeply divided Congress and the nation, with many lawmakers, particularly Democrats, now saying they were mistakes. Yet Congress has been paralyzed on the question of whether to repeal or change those authorities.

Trump, facing one of the greatest tests of his presidency, said Wednesday that Iran appeared to be “standing down” and said the U.S. response would be to put in place new economic sanctions “until Iran changes its behavior.”

The strikes by Iran had pushed Tehran and Washington perilously close to all-out conflict and put the world’s attention on Trump as he weighed whether to respond with more military force.

Republicans have largely supported Trump’s actions, saying the president was well within his power to take out Iran’s architect of proxy operations against Americans in the Middle East. The U.S. considered Soleimani a terrorist.

Democrats were unconvinced that the threat posed by Soleimani was imminent or that other alternatives to the killing were pursued in good faith. By not disclosing many details of the threat, Trump was asking the American public to trust the very intelligence reports he has often disparaged, Democrats said.

Some Republicans also criticized the briefing by Secretary of State Mike Pompeo and other top officials. Sen. Mike Lee of Utah said it was “probably the worst briefing I’ve seen, at least on a military issue,” in the nine years he’s served in the Senate.

Lee called it “distressing” that officials suggested it would only embolden Iran if lawmakers debated the merits of further military action. He walked into the briefing undecided, Lee said, but left it favoring the war powers resolution being offered by Kaine.

“It is not acceptable for officials within the executive branch of government … to come in and tell us that we can’t debate and discuss the appropriateness of military intervention against Iran,” Lee said. “It’s un-American, it’s unconstitutional, and it’s wrong.”

Pelosi said the House may also consider additional legislation to repeal the 2002 Iraq authorization of force and a separate bill to prohibit funding for military action against Iran not authorized by Congress.