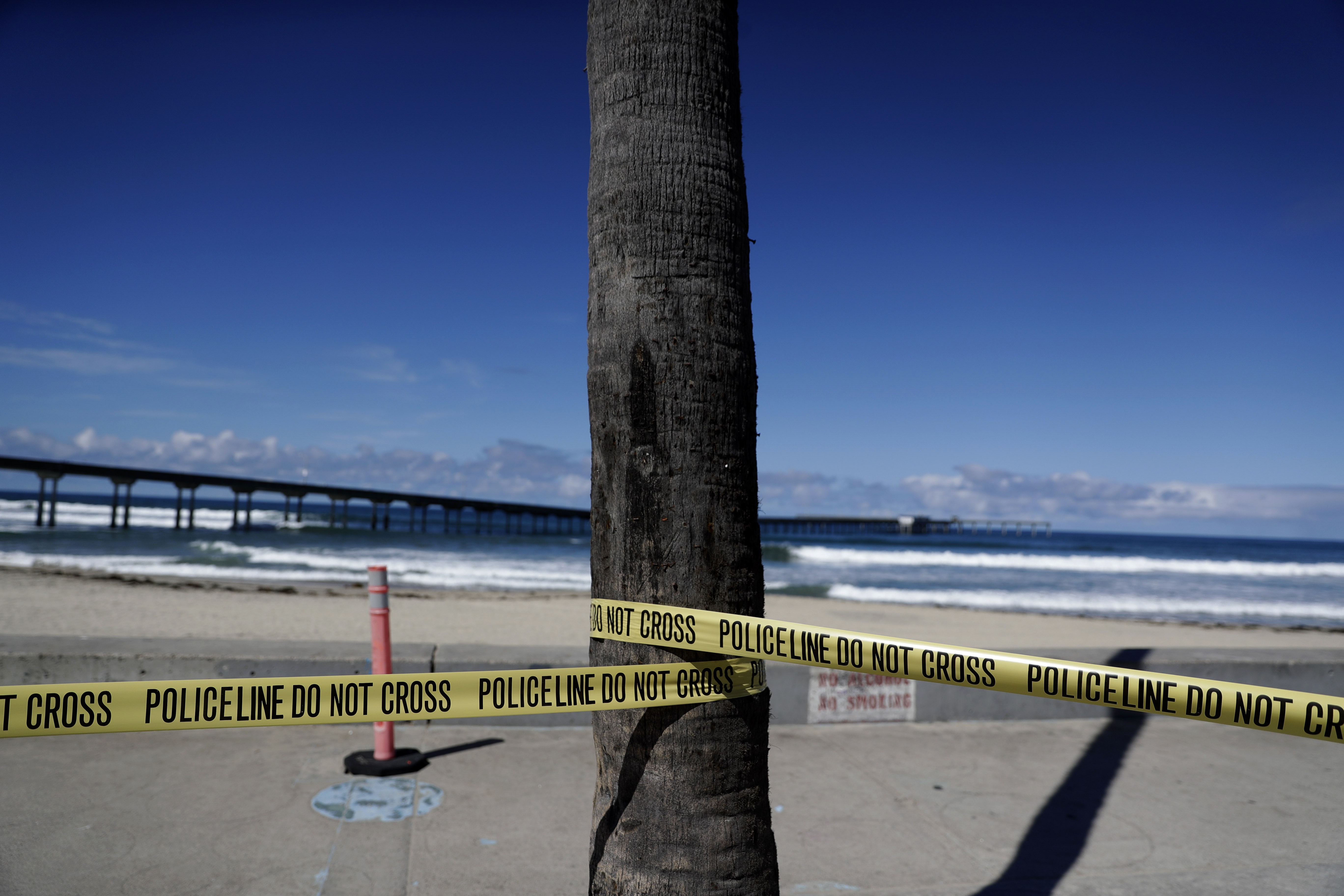 BERLIN (AP) — Governments battling a virus that has crossed borders with breathtaking speed pinned their hopes Tuesday on tests, technology and a coordinated approach to ease the tight restrictions on movement that have slowed the outbreak but strangled the global economy.

While the European Union looked into creating a COVID-19 smartphone app that could function across the bloc, governors on both U.S. coasts pledged to work together as they planned an easing of the confinement of millions. The main concern is to avoid a resurgence by the virus.

As governments grapple with when and how to reopen their countries for business, the International Monetary Fund projected that the world economy will suffer its worst year since the Great Depression in the 1930s. The grim forecast Tuesday underscored the dilemma facing world leaders as they strive to balance public health against economic stability.

Around the world, India extended the world’s largest lockdown on 1.3 billion people until May 3. In Britain, new data showed hundreds more people died of the virus than have been recorded in the government’s daily tally from hospitals. The dead include a wave of victims in nursing homes.

China faced a new flare-up along its remote northern border with Russia. The border has been sealed and medical units have rushed to the area to prevent travelers from returning with the virus.

New infections appear to have leveled off in much of Asia and Europe, including Italy, France, Spain and Germany, said Dr. Sebastian Johnston, a professor of respiratory medicine at Imperial College London.

Even in New York — where reported coronavirus deaths passed 10,000 on Monday — Gov. Andrew Cuomo declared the “worst is over if we can continue to be smart.” More than 23,000 people have died of the virus in the United States overall, with close to 600,000 confirmed infections, according to a tally by Johns Hopkins University.

Tensions between the White House and the nation’s governors increased when President Donald Trump claimed that he has “total” authority to decide how and when to reopen the economy. The Constitution largely delegates such authority to states.

“We don’t have a king,” Cuomo, a Democrat, said Tuesday on NBC’s “Today. “We have a president. That was a big decision. We ran away from having a king, and George Washington was president, not King Washington. So the president doesn’t have total authority.”

With social distancing and lockdowns in place across much of the world, projections that the virus would spread with equal ferocity to other corners have yet to materialize. But without a vaccine or widespread antibody tests to determine how many people are immune to the virus, governments fear new outbreaks.

In the United States, governors in the Northeast and along the West Coast announced separate state groups to coordinate reopenings.

California Gov. Gavin Newsom said he would announce a detailed plan Tuesday for lifting virus restrictions, using “science to guide our decision-making and not political pressure.”

“The house is still on fire,” New Jersey Gov. Phil Murphy said. “We still have to put the fire out “but also ”make sure this doesn’t reignite.”

New Jersey is in a coalition with Connecticut, Delaware, Massachusetts, New York, Pennsylvania and Rhode Island to figure out how to reopen their economies while still fighting the virus. The governors of California, Oregon and Washington announced a similar plan.

“It’s important we don’t end up with a patchwork of 27 corona apps and 27 data protection regimes but coordinate as best as possible,” he told Germany’s Funke media group.

Maas said a contract-tracing app already being jointly developed by several countries showed that the EU “doesn’t have to copy the Big Brother methods of authoritarian states” but can instead safeguard both personal privacy and public health.

The virus has also forced rival companies to work together. Two of the world’s biggest drug companies — Sanofi Pasteur and GSK — announced they will combine forces to work on a vaccine. And Apple and Google last week announced a joint effort to help public health agencies worldwide use Bluetooth wireless technology to trace the contacts of infected people.

In China, where new reported cases have dwindled, life is ruled by a green bar-code symbol on a smartphone screen that says a user is symptom-free and can board a subway, check into a hotel or just enter Wuhan, the city of 11 million where the outbreak began in December.

South Korea and Israel have both aggressively used smartphone data to track the movements of carriers. But epidemiologists say contact tracing must be combined with widely available testing, which has been lacking in places like the United States and Britain.

In Europe, officials pointed to positive signs as they started to reopen their economies.

In Italy, where the day-to-day count of infections has been trending downward, bookstores, stationery stores and shops selling baby supplies were allowed to open nationwide. Forestry workers, needed to clear dead trees ahead of the summer fire season, also returned to work.

In Spain, where the official death toll rose to over 18,000, the country’s main epidemiology institute found an additional 1,500 “unexpected deaths” since mid-March after it studied mortality rates.

Spanish workers returned Monday to some factory and construction jobs. Stores and services were still closed, and the government required office workers to keep working from home.

In Austria, hardware and gardening stores reopened Tuesday. Chancellor Sebastian Kurz said the government is monitoring new infections closely, and “if the figures develop in the wrong direction, we will, of course, pull the emergency brake.”

In Britain, which started its lockdown later than the rest of Europe, new infections and deaths were still rising. Britain as of Monday reported more than 11,300 deaths of COVID-19 patients in hospitals. But the head of one of the country’s biggest nursing home operators said Tuesday that the number of infections and deaths among the elderly is much higher than official reports.

More than 1.9 million infections have been reported and over 120,000 people have died worldwide, according to Johns Hopkins University. The figures understate the true size of the pandemic, because of limited testing, uneven counting of the dead and concealment by some governments.