PHOENIX (AP) — A federal court in Maryland on Friday ruled that the Deferred Action for Childhood Arrivals program must be restored fully, meaning it must open up to new applicants for the first time in three years.

The program allows immigrants who were brought to the U.S. as children but who lack legal status to legally work and protects them from deportation.

Last month, the Supreme Court ruled that President Donald Trump didn’t properly end the program in 2017. Immigration attorneys argued that meant the Trump administration had to start accepting new applications, but it doesn’t appear to have done so yet. Trump can still end the program.

Roughly 650,000 people are enrolled in DACA, but only those who were already in the program when it ended have been able to renew.

The Migration Policy Institute, a nonpartisan think tank, estimates an additional 66,000 young immigrants now meet the minimum age requirement of 15 years to apply for DACA and would be eligible under the restored program.

The U.S. Citizenship and Immigration Services said it is reviewing the ruling. 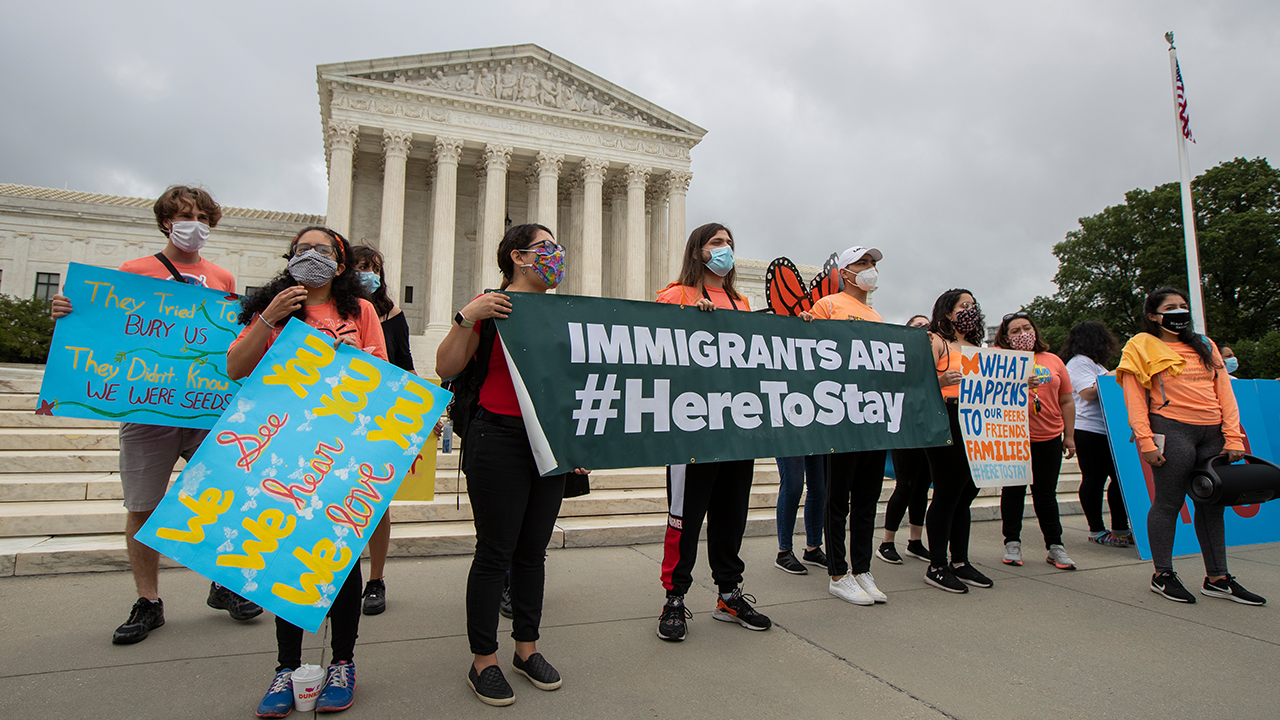 In this June 18, 2020, photo, Deferred Action for Childhood Arrivals (DACA) students celebrate in front of the Supreme Court after the Supreme Court rejected President Donald Trump’s effort to end legal protections for young immigrants in Washington. Less than five months from Election Day, President Donald Trump is positioning himself as the spokesman for voters resisting a new wave of cultural change, ready to ride any backlash from the protests calling for racial equality and police reform and this weekâ€™s Supreme Court rulings extending protections to gay workers and young immigrants. (AP Photo/Manuel Balce Ceneta)