SAN DIEGO (KUSI) – City Attorney Mara Elliott has officially announced that Mark Rogers, operator of a squalid independent living facility, has been charged with 22 misdemeanor counts. The elder and dependent residents were exposed to toxic gases, vermin, and bed bugs.

The judge ordered him to cease operating the facility and any others that he may run in San Diego while the case is pending. 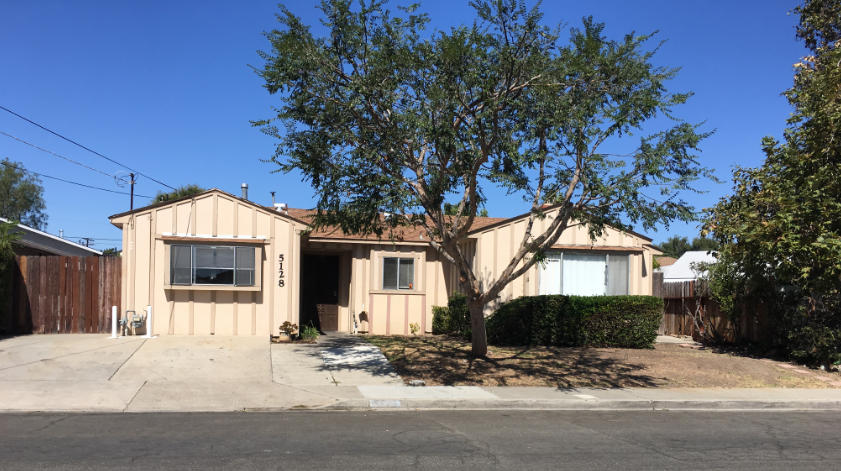 An independent living facility has been shut down after residents were found living in deplorable conditions. New photos from the city attorney show just how bad those conditions were.
The facility owner now faces 22 charges– including 'willful cruelty to an elder' and theft. pic.twitter.com/FB7bI5HuKL

City Attorney Mara W. Elliott announced today that the operator of a squalid independent living facility has been charged with willful cruelty to an elder and other crimes related to his housing of vulnerable seniors and dependent adults in a house overrun with trash, rodents, and bed bugs. The case is part of the City Attorney’s crackdown on substandard housing and independent living facilities that violate health and safety laws.

Mark Rogers, 59, the operator of the facility, was arraigned yesterday on 22 misdemeanor counts and ordered by the judge to cease operating this facility and any others he runs in San Diego while the case is pending. Superior Court Judge David L. Berry issued a protective order to keep Rogers away from one of the facility’s residents, and ordered Rogers to surrender any firearms by Friday. Rogers operated a single-family home at 5128 Ewing Street in the College Area, which housed 11 residents, nine of whom were either elderly or dependent adults, and one of whom used a wheelchair. Inspectors and investigators from the City Attorney’s Office, the City’s Code Enforcement Division, and the County Environmental Health Vector Control Program visited the property at least six times between November 16, 2018, and June 26, 2019.

“Many elderly and dependent residents rely on independent living facilities for housing, and often these facilities are their only alternative to living on the streets,” said City Attorney Mara W. Elliott. “Our office has made it a priority to speak up on behalf of those who are forced to live in squalor, and to hold accountable those who abuse and exploit them.”

In late April, two investigators from the City Attorney’s Office found an elderly resident lying naked and disheveled in a bed. The room was full of trash and dirty clothing. Gravely disabled and unable to respond or care for himself, he was transported to a hospital. When inspectors visited again recently, the same resident was back in the home, and again found to be in serious condition. He was hospitalized a second time, and remained in the hospital as of yesterday.

Cockroaches and bed bugs were discovered throughout the home, along with rodent feces in various areas, including beds. Inspectors found carbon monoxide detectors that weren’t working, and an improperly installed water heater that was venting toxic gases into the living space. The property had a shed and a patio cover that had been built without permits, and in addition to the general dilapidation of the structure, inspectors reported that the interior of the house smelled of urine. They also found a large amount of trash and debris in the back and side yards, including furniture, appliances, and mattresses.

(In a related civil case against Rogers, his attorney unsuccessfully attempted to obtain a Temporary Restraining Order to prevent inspectors from the City Attorney’s Nuisance Abatement unit from going onto the property.)

On April 15, the City issued to the facility a Notice and Order to Vacate and Repair Substandard Building and Abate Public Nuisance.

Subsequently, Rogers evidently enlisted residents to fix up the property, undertaking demolition and repairs without the necessary permits, and then fraudulently billed the property manager for their work. One tenant helped remove unpermitted structures, and another was paid $60 to remove and replace a fence. In both cases, Rogers submitted fabricated invoices to the property manager seeking reimbursement for thousands of dollars’ worth of repairs.

He presented one invoice to the property manager indicating he’d paid $3,450 in cash to Santillin Demolition and Removal of San Diego for the removal of the shed and patio cover. He also gave her an invoice for $1,250 from Manuel’s Fencing Repair in El Cajon, again indicating he’d paid the bill in cash. City Attorney’s Office investigators determined that neither business actually existed.

Rogers faces 22 misdemeanor charges, including one count of willful cruelty to an elder, three counts of unlawful maintenance of a public nuisance, five counts of using premises without a proper building or electrical permits, three counts of theft, and ten counts of failing to have a Business Tax Certificate from the City (one count for each month since the investigation began, November through April).

The City has paid relocation expenses in the amount of $2,700 per person for appropriate housing for the tenants. The City will be seeking reimbursement from Rogers for those costs.

There had been a warrant out for Rogers’ arrest, but since he appeared in court yesterday with his attorney, Judge Berry agreed to release Rogers on his own recognizance. The judge ordered Rogers to stay at least 100 yards away from the resident who was hospitalized, and not to contact him. Rogers was also ordered to surrender his firearm, a .45-caliber Glock handgun, and bring proof to the judge Friday morning that it had either been surrendered to law enforcement, sold, or safely stored with a licensed firearm dealer.

Judge Berry furthered ordered Rogers to cease operating any independent living facilities, or subletting any properties he owns or leases, within the City of San Diego. He is to return to court for a readiness hearing on October 10. The case will be handled by Deputy City Attorney Cheryl Shitabata in the Special Prosecutions Unit.

The City Attorney’s Office is committed to protecting our elderly residents. Elder abuse victims often live in desperation, unwilling or unable to seek assistance. They may fear retaliation from their abusers, or are embarrassed by their circumstances, or they fear becoming homeless.

To report elder abuse and adult dependent care emergencies, dial 911. For non-emergencies, contact the San Diego Police Department or another local law enforcement agency. Community members may report code, health and safety, and environmental violations to the City’s Code Enforcement Division at 619-236-5500, or the City Attorney’s Nuisance Abatement Unit at 619-533-5655.