SAN DIEGO (KUSI) — A man being served an eviction notice at a Park West apartment complex Friday was fatally shot by San Diego Sheriff’s deputies after arming himself with a handgun, according to a preliminary investigation by San Diego police.

San Diego Sheriff’s deputies from the Court Services Bureau  knocked on the door of an apartment in the 2000 block of 2nd Ave. and alerted the occupant that they were there to serve an eviction notice, SDPD Homicide Unit detective Mike Holden said. 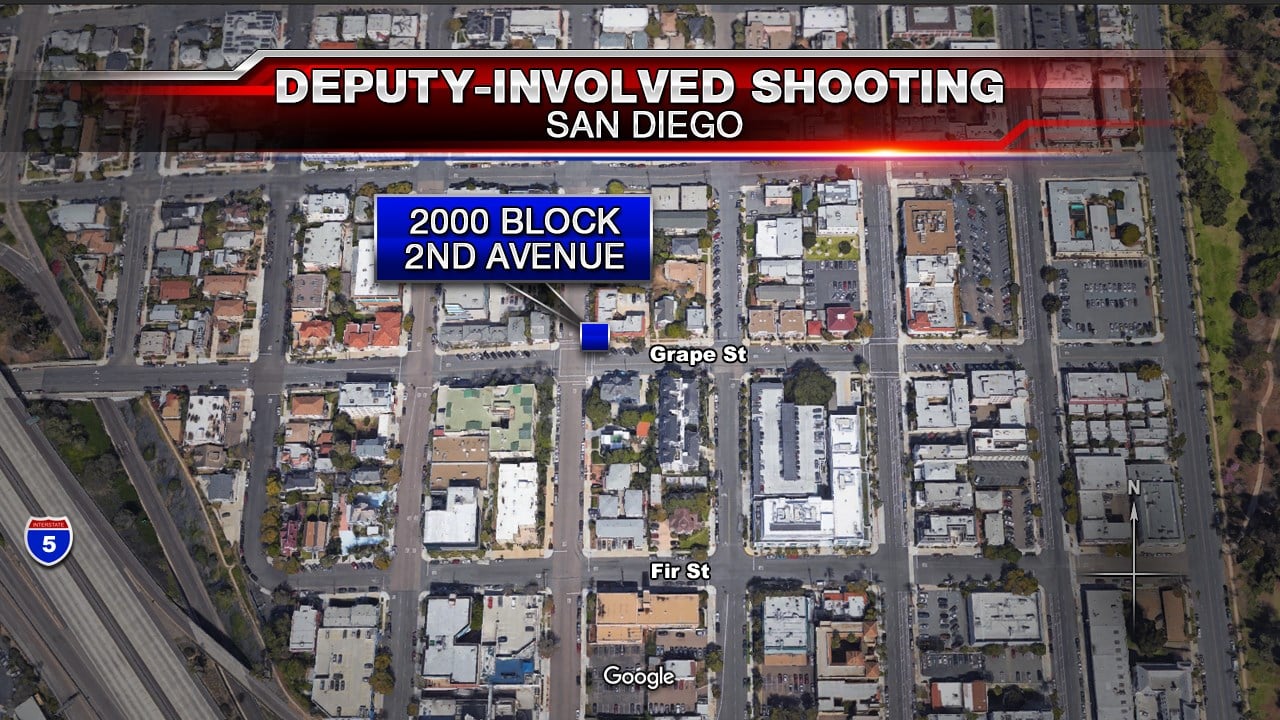 The 47-year-old man inside, believed to be intended recipient of the eviction notice, told deputies if they entered the building he would arm himself with a handgun, Holden said.

Two deputies entered the residence and were confronted by the man, at which point both deputies discharged their firearms, striking him.

"The deputies entered the apartment and it’s our understanding the suspect had armed himself," Holden said.

Medics were called just before 8 a.m. and transported the man to the Scripps Mercy Hospital, where he was pronounced dead. No deputies were hurt.

Deputy-involved shooting in the 2000 block of 2nd Ave. in Park West area of San Diego. No deputies was hurt. @SanDiegoPD is investigating.

The suspect has been identified as a 47-year old black male who lived in the apartment and was the individual being evicted. The decedent’s name will not be released until family members have been notified.

The San Diego Police Department Homicide Unit responded to the scene and will conducted the Officer Involved Shooting Investigation.

During a search of the suspect’s apartment, homicide investigators found a semi-automatic handgun replica inside the suspect’s bedroom. The replica appears to be either a BB air pistol or an Airsoft pistol.

The involved deputies are a seventeen-year veteran and a nine year veteran of the San Diego County Sheriff’s Department.

Second Avenue was shut down as police investigated the shooting, and drivers were asked to avoid the area. San Diego Police Department Homicide Unit was conducting the investigation that was expected to last throughout the day.