Iran Revolutionary Guard shoots down US drone amid tensions

President Trump and Prime Minister Trudeau hold a bilateral meeting. The meeting comes just after Iran shot down a U.S. drone. Trump said “you’ll soon find out” if U.S. plans a strike on Iran. See the full remarks below.

President Trump meets with Trudeau after Iran shoots down a U.S. drone

TEHRAN, Iran (AP) – Iran’s Revolutionary Guard shot down a U.S. drone on Thursday amid heightened tensions between Tehran and Washington over the collapsing nuclear deal with world powers, American and Iranian officials said, though they disputed the circumstances of the incident.

The Guard said it shot down the drone over Iranian airspace, while two U.S. officials told The Associated Press the downing happened over international airspace in the Strait of Hormuz. The different accounts could not be immediately reconciled.

Later, the U.S. military’s Central Command released a statement saying the drone, an RQ-4 Global Hawk, was downed in international airspace, describing it as an “unprovoked attack.”

Previously, the U.S. military alleged that Iran had fired a missile at another drone last week that was responding to the attack on two oil tankers near the Gulf of Oman. The U.S. blames Iran for the attack on the ships; Tehran denies it was involved.

The attacks come against the backdrop of heightened tensions between the U.S. and Iran following President Donald Trump’s decision to withdraw from Tehran’s nuclear deal a year ago.

Iran made a very big mistake!

Separately, Saudi Arabia said on Thursday that Yemen’s Iranian-allied Houthi rebels launched a rocket targeting a desalination plant in the kingdom the previous night. The White House said Trump was briefed about that attack.

Iran has quadrupled its production of low-enriched uranium and threatened to boost its enrichment closer to weapons-grade levels, trying to pressure Europe for new terms to the 2015 nuclear deal. 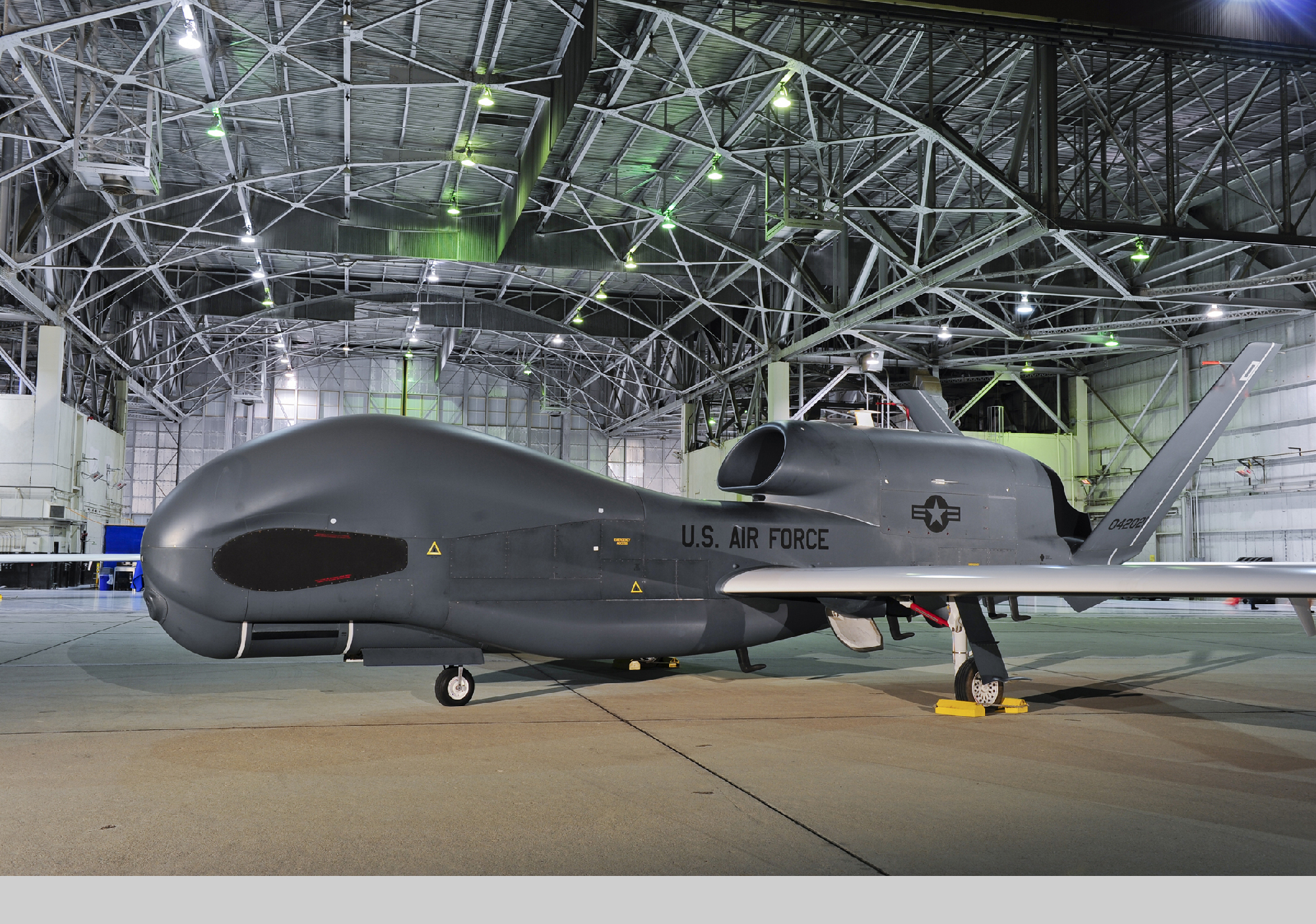 The RQ-4 Global Hawk provides wide-area surveillance capabilities while being able to fly missions greater than 30 hours at a time. (GLOBE NEWSWIRE)/

In recent weeks, the U.S. has sped an aircraft carrier to the Mideast and deployed additional troops alongside the tens of thousands already in the region. From Yemen, the Houthis have launched bomb-laden drones into neighboring Saudi Arabia.

All this has raised fears that a miscalculation or further rise in tensions could push the U.S. and Iran into an open conflict, some 40 years after Tehran’s Islamic Revolution. Thursday’s drone incident marks the first direct Iranian-claimed attack on the U.S. amid the crisis.

“We do not have any intention for war with any country, but we are fully ready for war,” Revolutionary Guard commander Gen. Hossein Salami said in a televised address.

Iran’s paramilitary Revolutionary Guard, which answers only to Supreme Leader Ayatollah Ali Khamenei, said it shot down the drone on Thursday morning when it entered Iranian airspace near the Kouhmobarak district in southern Iran’s Hormozgan province. Kouhmobarak is some 1,200 kilometers (750 miles) southeast of Tehran and close to the Strait of Hormuz.

The Guard said it shot down the drone at 4:05 a.m. after it collected data from Iranian territory, including the southern port of Chahbahar near Iran’s border with Pakistan. Iran used its air defense system known as Third of Khordad to shoot down the drone – a truck-based missile system that can fire up to 18 miles (30 kilometers) into the sky, the semi-official Fars news agency reported.

Iran’s state-run IRNA news agency, citing the Guard, identified the drone as an RQ-4 Global Hawk, which cost over $100 million apiece and can fly higher than 10 miles in altitude and stay in the air for over 24 hours at a time. They have a distinguishable hump-shaped front and an engine atop. Their wingspan is bigger than a Boeing 737 passenger jet.

The Guard described the drone as being launched from the southern Persian Gulf but did not elaborate.

American RQ-4 Global Hawks are stationed at the Al-Dhafra Air Base in the United Arab Emirates, near the capital, Abu Dhabi. AP journalists saw the drones on the base’s tarmac during a March 2016 visit by then-Vice President Joe Biden.

The CENTCOM statement said the RQ-4A Global Hawk maritime surveillance drone was shot down by an Iranian surface-to-air missile while in international airspace over the Strait of Hormuz, the narrow mouth of the Persian Gulf through which 20% of all global oil moves.

"CENTCOM confirms that a U.S. Navy drone was shot down by an Iranian surface-to-air missile system while operating in international airspace over the Strait of Hormuz at approximately 11:35 p.m. GMT on June 19, 2019https://t.co/VTKoYtyf0u

The U.S. has been worried about international shipping through the Strait of Hormuz since the limpet mine attacks in May and June.

“Iranian reports that the aircraft was over Iran are false,” CENTCOM said, adding that “this was an unprovoked attack on a U.S. surveillance asset in international airspace.”

The two U.S. officials who first told the AP about the downing of the drone spoke on condition of anonymity as the information had not yet been cleared for release to the public.

In Iran, Salami, speaking to a crowd in the western city of Sanandaj, described the American drone as “violating our national security border.”

“Borders are our red line,” Salami said. “Any enemy that violates the borders will be annihilated.”

Iran has claimed to have shot down American drones in the past. In the most-famous incident, in December 2011, Iran seized an RQ-170 Sentinel flown by the CIA to monitor Iranian nuclear sites after it entered Iranian airspace from neighboring Afghanistan. The Iranians later reverse-engineered the drone to create their own variants.

Meanwhile, Saudi Arabia said Yemen’s Houthi rebels fired a rocket a desalination plant in al-Shuqaiq, a city in the kingdom’s Jizan province. The state-run Saudi Press Agency quoted military spokesman Col. Turki al-Maliki as saying the attack caused no damage and wounded no one. The Yemeni rebel Al-Masirah satellite news channel earlier said the Houthis targeted a power plant in Jizan, near the kingdom’s border with Yemen, with a cruise missile.

White House spokeswoman Sarah Sanders said Trump had been “briefed on the reports of a missile strike in the kingdom of Saudi Arabia.”

“We are closely monitoring the situation and continuing to consult with our partners and allies,” Sanders said. It wasn’t immediately clear why Trump would be briefed about an attack that caused no damage or casualties.

A Saudi-led coalition has been battling the Houthis since March 2015 in Yemen, the Arab world’s poorest nation now pushed to the brink of famine by the conflict. In recent weeks, the Houthis have launched a new campaign sending missiles and bomb-laden drones into Saudi Arabia.