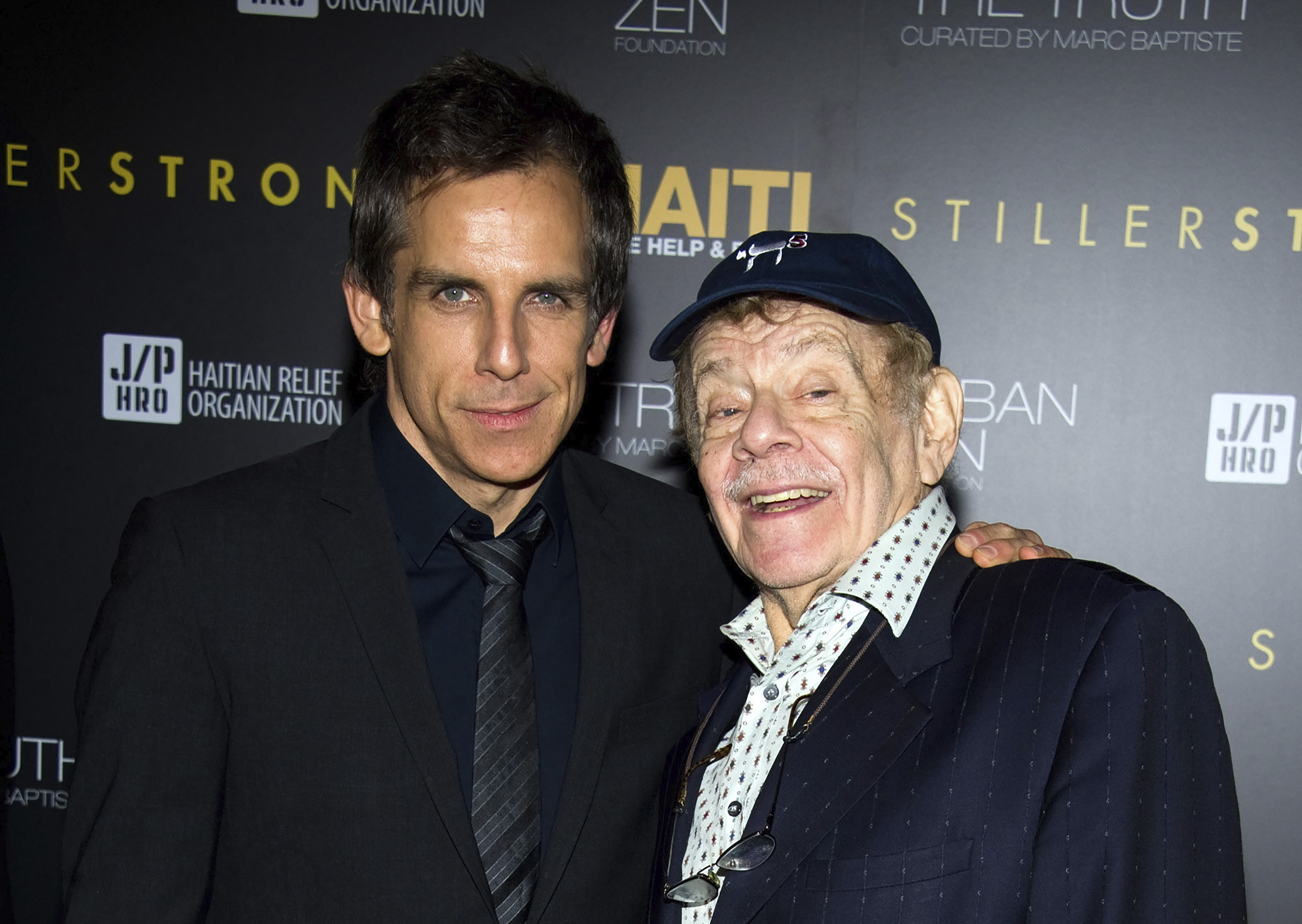 NEW YORK (AP) — Jerry Stiller, who for decades teamed with wife Anne Meara in a beloved comedy duo and then reached new heights in his senior years as the high-strung Frank Costanza on the classic sitcom “Seinfeld” and the basement-dwelling father-in-law on “The King of Queens,” died at 92, his son Ben Stiller announced Monday.

“I’m sad to say that my father, Jerry Stiller, passed away from natural causes,” his son said in a tweet.

“He was a great dad and grandfather and the most dedicated husband to Anne for about 62 years. He will be greatly missed. Love you Dad,” wrote Ben, who followed in his father’s comedic footsteps and became an A-list box office star with movies like “Tropic Thunder,” “Dodgeball” and “Something About Mary.”

Jerry Stiller was a multi-talented performer who appeared in an assortment of movies, playing Walter Matthau’s police sidekick in the thriller “The Taking of Pelham One Two Three” and Divine’s husband Wilbur Turnblad in John Waters’ twisted comedy “Hairspray.”

He also wrote an autobiography, “Married to Laughter,” about his 50-plus year marriage to soul mate and comedic cohort Meara, who died in 2015. And his myriad television spots included everything from “Murder She Wrote” to “Law & Order” — along with 36 appearances alongside Meara on “The Ed Sullivan Show.”

Stiller, although a supporting player on “Seinfeld,” created some of the Emmy-winning show’s most enduring moments: co-creator and model for the “bro,” a brassiere for men; a Korean War cook who inflicted food poisoning on his entire unit; an ever-simmering salesman controlling his explosive temper with the shouted mantra, “Serenity now!”

Stiller earned an 1997 Emmy nomination for his indelible “Seinfeld” performance. In a 2005 Esquire interview, Stiller recalled that he was out of work and not the first choice for the role of Frank Costanza, father to Jason Alexander’s neurotic George.

He was initially told to play the role as a milquetoast husband with an overbearing wife, Estelle, played by Estelle Harris. But the character wasn’t working — until Stiller suggested his reincarnation as an over-the-top crank who matched his wife scream for scream.

It jump-started the septuagenarian’s career, landing him a spot playing Vince Lombardi in a Nike commercial and the role of another over-the-top dad on the long-running sitcom “King of Queens.”

While he was known as a nut-job father on the small screen, Stiller and wife Meara raised two children in their longtime home on Manhattan’s Upper West Side: daughter Amy, who became an actress, and son Ben, who would become perhaps the most famous Stiller as a writer, director and actor.

He and Ben performed together in “Shoeshine,” which was nominated for a 1988 Academy Award in the short subject category.

Stiller was considerably quieter and reflective in person than in character — although just as funny. The son of a bus driver and a housewife, Stiller grew up in Depression-era Brooklyn. His inspiration to enter show business came at age 8, when his father took him to see the Marx Brothers in the comedy classic “A Night at the Opera.”

Stiller earned a drama degree at Syracuse University after serving in World War II, and then headed to New York City to launch his career. There was a brief involvement in Shakespearean theater, including a $55 a week job with Jack Klugman in “Coriolanus.”

But his life and career took off after he met Meara in spring 1953. They were married that fall.

The seemingly mismatched pair — he a short, stocky Jewish guy from Brooklyn, she a tall, Irish Catholic from the Long Island suburbs — shared an immediate onstage chemistry, too. They were soon appearing on “The Ed Sullivan Show” and working nightclubs nationwide.

The pair also wrote and performed radio commercials, most memorably a series of bits for a little-known wine called Blue Nun. The duo’s ads boosted sales by 500%. Ben Stiller recalled trips with his sister to California when his parents would head west to do television appearances.

The couple went on to appear as a team in dozens of film, stage and television productions. One of them was “After-Play,” a 1995 off-Broadway show written by Meara.

Stiller joined “Seinfeld” in 1993, and moved on to “King of Queens” when the other Jerry & company went off the air in 1998. He also appeared in Ben Stiller’s spoof on modeling, “Zoolander,” released in 2001.