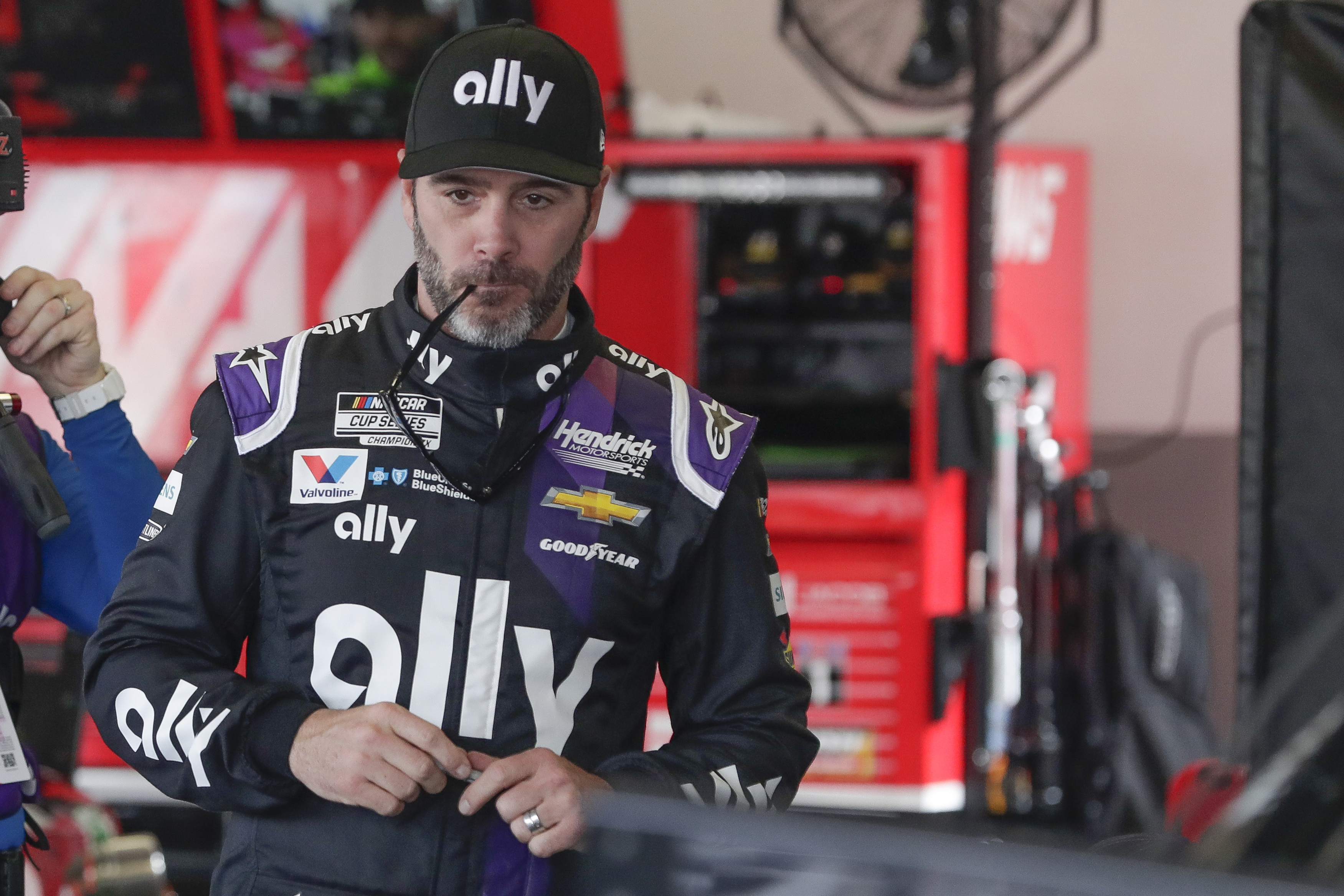 FILE – In this Feb. 15, 2020, file photo, Jimmie Johnson gets ready for a practice session for the NASCAR Daytona 500 auto race at Daytona International Speedway in Daytona Beach, Fla. Jimmie Johnson wanted to retire from full-time racing to step away from NASCAR’s 11-month grind. The coronavirus pandemic has brought his final season to an unexpected pause, and now the seven-time champion isn’t sure what his future holds.(AP Photo/John Raoux, File)

The sports stoppage from the coronavirus pandemic has thrown a red flag on Johnson’s farewell tour. He had planned a final season of racing a full NASCAR schedule, but so far that has lasted just four races.

Amid all the uncertainty, Johnson doesn’t know when he’ll be back in his beloved No. 48 Chevrolet.

NASCAR is publicly targeting a May 9 return at Martinsville, privately holding its breath for a May 24 re-opening at the Coca-Cola 600 at Charlotte but vowing only to complete the entire 36-race points schedule.

In the meantime, Johnson teaches his two daughters’ daily school lessons, continues his fanatical fitness routine, spends hours upon hours on his racing simulator and waits to see how his pending retirement plan goes.

“I don’t know what’s going to happen in the coming months and if we’ll be able to run the full season or not,” Johnson said Thursday. “I feel like I set out to make 2020 my last full-time year, but I’ve always left the door open for other racing and NASCAR and abroad for the future.

“I feel like I am still pretty much on that path. I am hopeful that we get our full year in and we can get back going in a month or so … and that I can run the season to its entirety. I really don’t have an answer — it’s up in the air just as so much is in the world.”

This 19th season was supposed to be his last as a full-time driver at Hendrick Motorsports because Johnson, now 44 and father of two active young girls, doesn’t want to live in a motorhome at tracks across the country 38 weekends a year. Johnson wanted to shift his racing to focus on a bucket list — the kind of schedule former Formula One champion Fernando Alonso, a new friend, has created.

This unconventional route works for drivers who still have the skills and ability to compete but are exhausted from their full-time jobs. NASCAR has the longest season in sports and participants average three nights a week — the weekend — away from home.

Johnson figured he’d transition to the kind of competitions he could never do as a NASCAR racer: Besides triathlons, Iron Man competitions and cycling pursuits, Johnson was locked in on trying IndyCar and had a test scheduled for early April that was canceled because of the pandemic.

Now he’s adapting to what he described as the most free time he’s ever had as an adult and is eager to get back to work. Johnson was off to a decent start before the season was suspended; through four races he had a pair of top-10 finishes and was fifth in the points.

Impressive for Johnson, who has slogged through a winless streak dating to June 4, 2017. He’d unburdened himself this year of the internal pressure to win a record eighth championship that would separate him from Richard Petty and Dale Earnhardt. And he is far more comfortable in the new Camaro that General Motors is racing this year.

Final or not, this year could ultimately be wasted. But Johnson sympathizes most with the fans who paid to attend what they thought would be his final races at respective tracks.

“I know where I am in terms of fulfillment with the career I’ve had. Sure, I want to be on track and sure, I want to go to these places a final time,” he said. “But I feel more for the fans who aren’t having that opportunity now than I long for myself to experience it and to be there.”

He also recognizes that the sports shutdown is minor when put in perspective to the enormous toll the pandemic has had worldwide.

“This is way bigger than me,” he said, “Way bigger than what was going to be my final time at these tracks. There are so many other issues at hand to be concerned with. It’s been all about others rather than how this has affected me personally.”