President-elect Joe Biden is warning the United States is “still facing a very dark winter” as he unveils plans for addressing COVID-19 pandemic.

Even as hopes of a vaccine lifted stocks, Biden said Monday another 200,000 lives could be lost before it is widely available. Biden implores Americans to “wear a mask.”

Biden says he would be guided by science in laying out the framework of a pandemic response, starting with members of a task force to prepare for his administration’s transition to overseeing it. 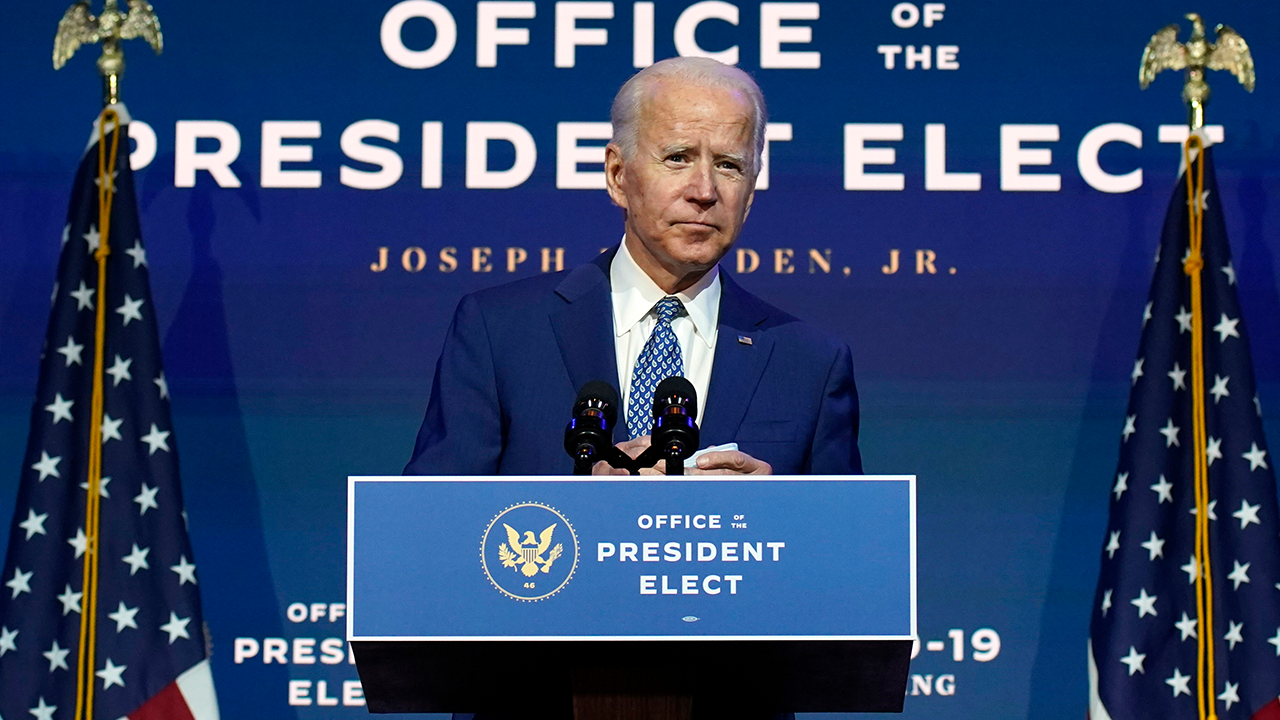 One week after Election Day, Vice President Mike Pence appears ready to take some time off.

According to the Federal Aviation Administration, Pence is scheduled to travel to Sanibel, Florida, Tuesday through Saturday. Pence has vacationed on the island along Florida’s Gulf Coast several times previously. Pence’s office didn’t immediately comment on the trip on Monday.

The trip comes as President Donald Trump has pledged to continue trying to contest the outcome of the election and as President-elect Joe Biden is ramping up his transition efforts.

Biden and Vice President-elect Kamala Harris are being briefed virtually on the coronavirus pandemic by a task force of experts their transition team announced Monday.

Joe Biden and Kamala Harris are being briefed virtually on the coronavirus pandemic by a task force of experts their transition team announced only hours earlier.

The Democratic president-elect and vice president-elect sat at separate, individual socially distanced tables and took notes as the members introduced themselves on Monday.

Biden is also planning to give a speech on his planned response to the pandemic. Then Biden and Harris will hold hours of internal meetings about transitioning to the White House in January.

The task force briefing was at the Queen, a theater in downtown Wilmington, Delaware, where Biden’s campaign built a studio and other communications infrastructure and has spent months organizing virtual meetings and speeches.

Also part of the group is Rick Bright, a whistleblower who was demoted after criticizing the Trump administration’s pandemic response. Bright had been head of the Biomedical Advanced Research and Development Authority.

Journalists could watch only about two minutes of the proceedings and heard only the participants introducing themselves.

President-elect Joe Biden has announced the members of his coronavirus task force, which will put together a blueprint for fighting the pandemic.

Notable among the task force members is Rick Bright, a vaccine expert and former head of the Biomedical Advanced Research and Development Authority. Bright filed a whistleblower complaint alleging he was reassigned to a lesser job because he resisted political pressure to allow widespread use of hydroxychloroquine, a malaria drug pushed by President Donald Trump as a COVID-19 treatment.