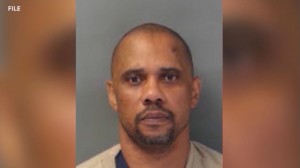 MOUNT HELIX (KUSI) – A judge today rejected placing a sexually violent predator poised for conditional release at a home in the Mount Helix neighborhood, saying the residence was located in a densely populated neighborhood and in close proximity to children.

Wakefield, who is currently housed at Coalinga State Hospital, is classified as a sexually violent predator, a designation for those convicted of sexually violent offenses and diagnosed with a mental disorder that makes them likely to re-offend. According to the San Diego County District Attorney’s Office, Wakefield was convicted of sex crimes in 1981 and 1990 and served prison terms for each crime.

Wakefield was approved for conditional release to continue treatment at a supervised outpatient location, but Harutunian ruled the proposed location was in a neighborhood that was “too dense” and “too close to children and child care.”

Officials will be tasked with a finding a new location to house Wakefield. A status conference was scheduled for later this month to discuss the next steps in finding a suitable placement.

The home rejected by the judge is the same residence that the Department of State Hospitals proposed for the placement of 78-year-old sexually violent predator Douglas Badger.

Dozens of Mount Helix residents and local elected officials urged a judge last month to reject the placement on various grounds, including concerns over how stringently Badger would be monitored and the neighborhood having a much higher population density than the remote, sparsely populated locations where SVPs are typically housed.

San Diego Superior Court Judge Theodore Weathers, who is overseeing the case of Badger’s placement, has not yet issued a ruling.

“We are so happy that Judge Harutunian realizes that this is an inappropriate placement in a family-friendly community,” she said. “We hope that Judge Weathers will agree soon and we can end this nightmare.”

San Diego County District Attorney Summer Stephan said, “The public’s safety is always our priority, which is why we contest and scrutinize every petition for conditional release under the law, including those of Mr. Wakefield and Mr. Badger.”

Stephan agreed with Harutunian’s finding, saying the home in question is near a music academy and childcare site, “which is clearly not an appropriate placement site for these sexual predators.”

KUSI’s Hunter Sowards was live at Mount Helix with more on the judge’s decision to not place the SVP in a Mount Helix neighborhood.